FRAMED is a puzzle game for android

~~~ Winner of over 25 Awards ~~~
FRAMED is a multi-award winning noir-puzzle game where you re-arrange panels of animated comic book to change the outcome of the story.
~~~~~ FEATURES ~~~~~

Featuring a fusion of all-new game mechanics & fiendish puzzles, FRAMED has received many design awards as well as being an ‘Excellence in Design’ finalist in the IGF 2015.

Simply grab comic panels and swap them with a touch of your finger!

Hand-crafted, award-winning art and animation brings the noir world of FRAMED to life.

Unlike anything you’ve played before, FRAMED delivers a completely new type of game experience. Plug in your headphones, sit back and enjoy!

“My best game in this year without any doubt.” – Hideo Kojima (Metal Gear Solid)
“It looks like a work of goddamn genius.” – Kotaku
”I was blown away by Loveshack’s Framed.” – Penny Arcade
“Guilty of Awesome.” – Rock, Paper, Shotgun
“Noir-drenched motion comic puzzler gets big thumbs-up.” – IGN
“Framed has an incredible art style, and it plays unlike anything else we’ve seen.” – Slide to Play
“Framed meshes narrative and gameplay like nothing else.” – Mac Life
“With a jazzy soundtrack and a gritty vibe befitting its genre, Framed succeeds at telling a story in more ways than one.” – Complex, Pop Culture
“Don’t miss this smart and innovative indie gem.” – Pocket Gamer

Loveshack Entertainment is an independent game development studio based in Australia.
For more information www.loveshackentertainment.com
Follow us @LoveShackers 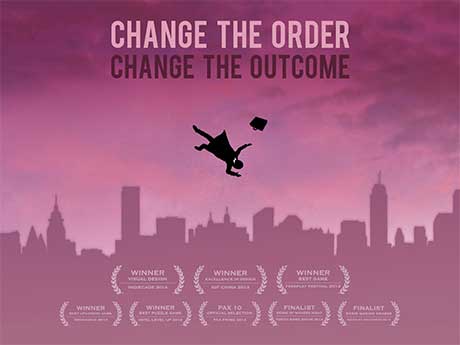 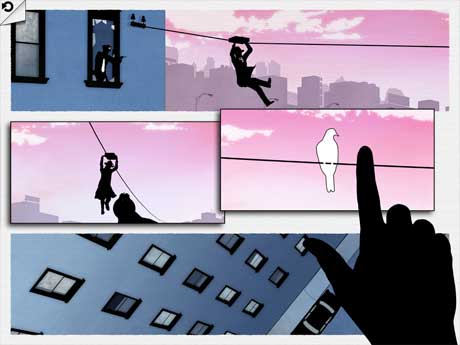 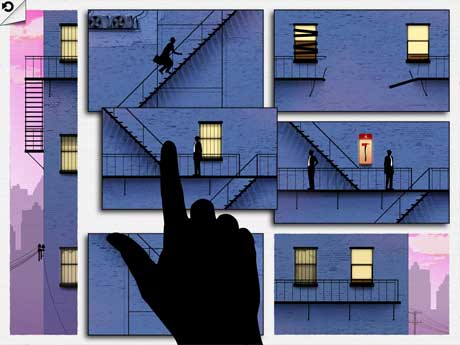