Can you drive the Secessionist into the Fort Sumter trap that gave Lincoln his historic victory? Can you successfully use the issue of States Rights to divide Northern opinion? Fort Sumter let’s you explore this seminal moment in American history in a fast-playing, easy-to-learn game.

The country is on the verge of being torn apart so how will you act? Fort Sumter: The Secession Crisis is set during the events that led to the bombardment of Fort Sumter and the start of the American Civil War. The game takes the side of either a Unionist or Secessionist who must work to preserve the Union or follow the path to dissolve it.

Each player uses an area control mechanic to place, move, and remove political capital. The location of political capital determines who controls each of the four crisis dimensions – Political, Secession, Public Opinion, and Armaments. After three rounds of play, the game culminates in a Final Crisis confrontation.

**AN INTERNET CONNECTION AND PLAYDEK ACCOUNT ARE REQUIRED FOR ONLINE PLAY** 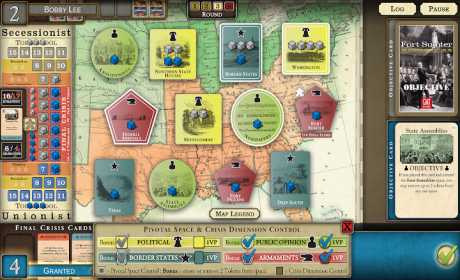 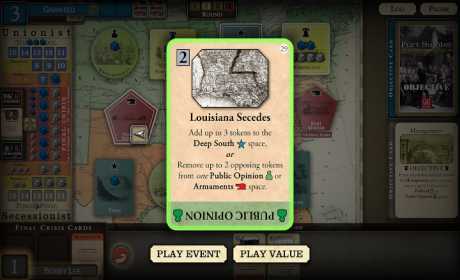 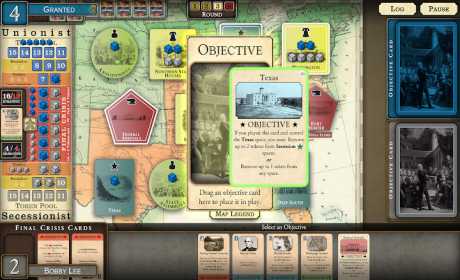