Formula Unlimited is a Racing Game for android.

Have fun in this new Formula Unlimited version. This is a high-level competition game with exclusive cars

Competing in Formula Unlimited world championship is a new challenge for the Racing Gamer.


Cars can be updgraded before each championship race. You can make improvements in engine power,
aerodynamics, tyre wear and bodywork’s impact structure.

Now all circuits have a PitLane for tyre change and car repairing.

HUD with other pilot’s pit stops.

HUD with position and distance of the car behind us.

All circuits are completely redesigned with new graphical improvements.

Cash reward system in each race to spend in tyres, bodywork kits and car up 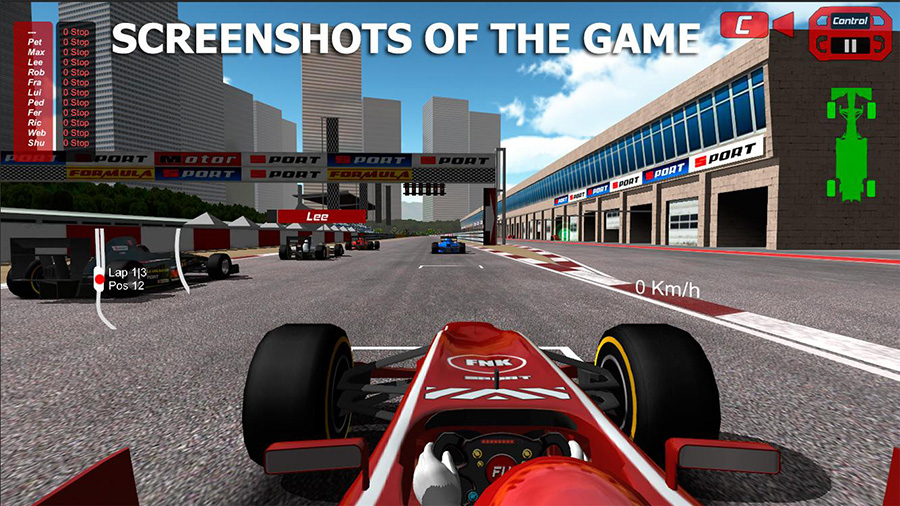 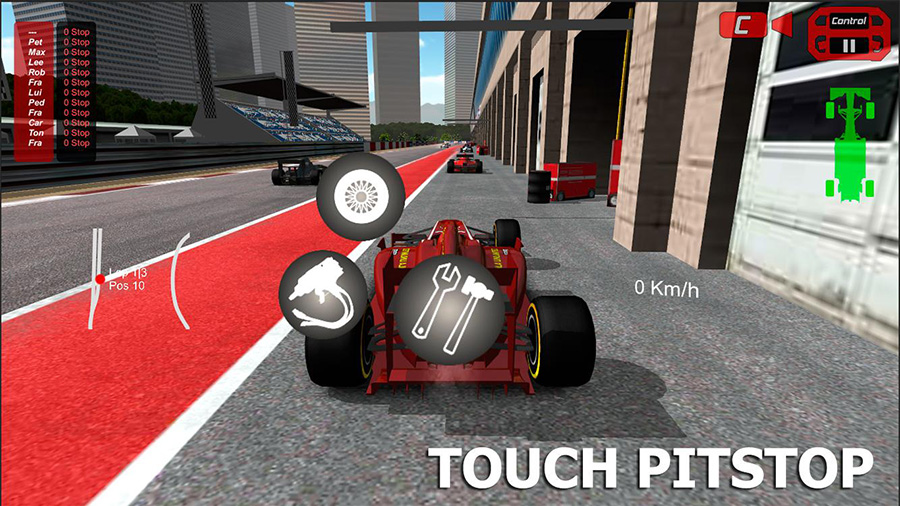 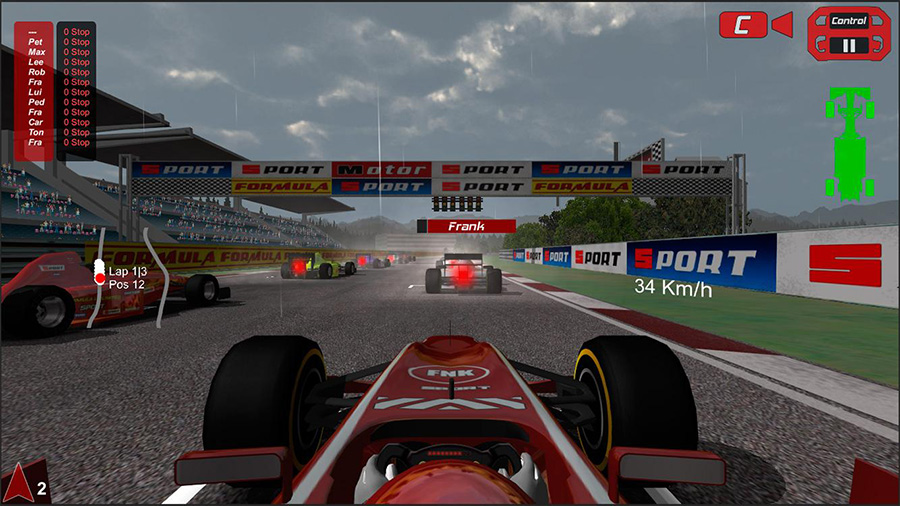