Forge of Glory is a new rpg match 3 puzzle game with an amazing 3d graphics and powerful magic heroes, summoners, dragons, monsters, mages and warriors. Fight for your empire in this free mmorpg pvp game and become real magic hero in this amazing 3d fantasy world.

– Collect heroes, dragons, puzzles and monsters. Summon your own magic army
– Clash other summoners in PVP wars and loot their magic cards and treasures!
– Free strategy role playing online pvp game
– Enjoy awesome 3D graphics in the new 3d action puzzle RPG game for free!
– Pick cards. Take part in the action and enjoy free match 3 puzzle game
– Game of war and magic. Use magic cards. Build an army. Complete match 3 quests
– Take part in the clash of mighty clans and empires in online pvp battles
– Choose your own game of war strategy to raid other summoners
– Connect puzzles and inflict damage with dragons, magic heroes and monsters
– Puzzle action role playing multiplayer game with great opportunities for pvp fights and strategy
– Find secret cards in hidden quests
– In this match 3 pvp mmorpg game Forge of Glory you can play with your friends and develop your game of war strategy to become the best warriors

Choose your own game of war and magic strategy to raid other summoners and seize their treasures in this wars. Find your strategy in guild online battle games. Clash with other clans, build a town and turn it into an impenetrable fortress with strong defense. Summon rare monsters, puzzles & dragons, train them and use their magic abilities to protect your castle during clash of guilds in pvp online battles. Use magic soul stones to summon warriors, rogues, mages, and archers with special roles and unique fighting and defense skills.

Forge of Glory is a free mmorpg match 3 puzzle game with pvp battles that require great strategic skills. In this 3d multiplayer strategy game you can build your own army and summon powerful heroes for the great wars. Take part in online pvp battles, game of war and magic. Use puzzles to summon mighty guild monsters and dragons. Take part in epic magic wars of mighty empires. Find secret match 3 quests and get a set of epic armor and weapons for your army commander.

Enjoy the excellent 3d graphics and art and dive into the amazing fantasy game of war and magic! Start your enthralling mmorpg online adventure and prove your bravery in a great number of pvp fights!

Start your enthralling adventure and online battles and prove your bravery in legendary wars! Summon your army of magic heroes and get ready to enjoy the most challenging match 3 puzzle role playing pvp game you’ve ever played!

Please note! Forge of Glory is a free multiplayer mmorpg game, but there are some game items that can also be purchased for real money. If you want to prevent using this feature, please disable in-app purchases in your phone or tablet’s settings. Also, under our Terms of Service and Privacy Policy, you must be at least 13 years of age to play or download the Forge of Glory strategy rpg match 3 puzzle game. 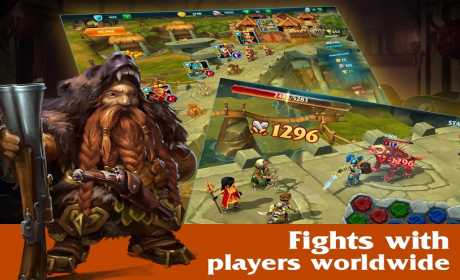 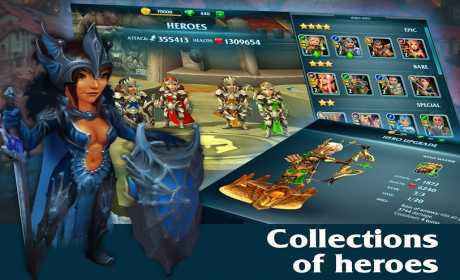 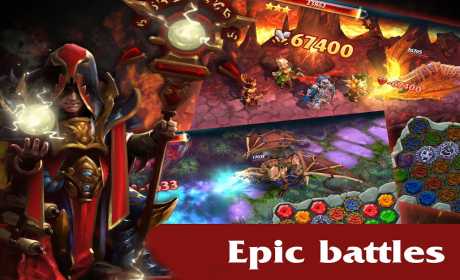