Go all in with THE hard hitting football game of the season featuring fierce running back JAMAAL CHARLES!

Dominate the field in this fearless bonanza! Score a touchdown and drive your way to the bowl with simple tap and swipe controls. Pick your play then throw, juke and spin your way to the end zone, taking down your opponent with merciless tackles. NO RULES, NO PROBLEM. Gear up for a gridiron battle like no other with NO flags and NO personal fouls just 5-on-5 pure action.

Bring the heat with GAME CHANGERS to rock your rival’s world with the ultimate D-Fence, invincible Iron Man or make the ground shake with Earthquake to give your team the advantage. Stack up the bucks to play in your team colours, draft pro players or go all night long with infinite energy!

THAT’S HOW WE ROLL!

Rise up with THE Superstar Running Back, JAMAAL CHARLES, the force that guides you through the season with hints and tips to help you perfect your passes, runs and tackles – hustle, hit and never quit!

Get your swagger on with A-Game visuals and immersive motion captured animations that take you right to the heart of the action, so you feel big hit after big hit. 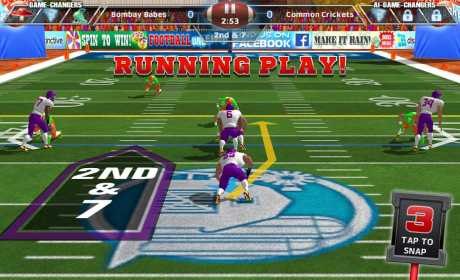 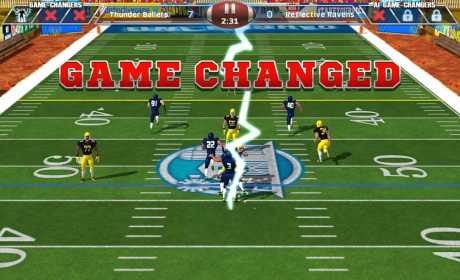 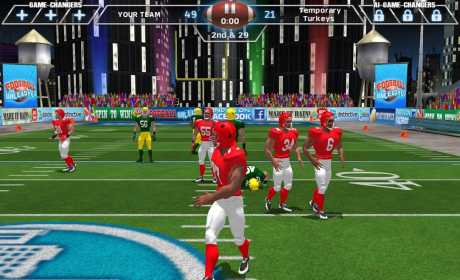