NFL Players Association and Run Games bring you the hardest-hitting game in the universe – Football Heroes PRO 2017. Take control of all the action on the gridiron and fight your way to the end zone using skill, strategy and special moves to smash the competition, level up and bring home the win. Draft your favorite NFL Players and build the ultimate football team. FOOTBALL IS BACK!

“Football Heroes is without question the best American sports portrayal on the app store.” – Touch Arcade

2016 – 2017 NFL PLAYERS
> Choose from over 2000+ active NFL Players – including the 2016 Rookies. Each player has their own special abilities, attributes and player photo.

CONTRACTS REMOVED
> By popular demand we have removed Contract Management from Football Heroes PRO 2017. There is no longer a cost to maintain your team, so spend your coins on opening decks and buying your favorite NFL Players!

AUTO PLAY
> Winning big in your league game and want to quickly move onto the next challenge? Or just want to watch your team dominate the gridiron? Turn on Auto Play with one touch and your AI Coach will handle all the action and play calling for you.

TIPPED BALLS
> Passed balls can now be tipped to be caught by receivers or even intercepted, making the game more dynamic and exciting.

MULTIPLE TEAMS
> Build and switch between multiple teams to experiment with different lineups and strategies.

ONLINE LEAGUES
> Take on players from all over the world in asynchronous online multiplayer! Join a league and rank up to become the League Legend. Win rewards such as player decks, coins and much more!

FULL CONTROL
> Simple touchscreen controls let you control ALL the action on the field: run, pass, spin and tackle — all at the touch of your fingertips.

MANAGE YOUR TEAM
> Sub in your favorite NFL Players and build the ultimate fantasy football team.

CUSTOMIZE
> Upload a logo or change your team colors, city and name.

COLLECT
> Each player comes with their own unique abilities. Keep an eye out for rare cards with custom art!

CROSS-DEVICE PLAY
> Cross-device syncing: play with the same teams on your smartphone or tablet.

For technical issues or if you require support please email:
[email protected]

Football Heroes® is a registered trademark of Run Games LLC. All Rights Reserved.

This product includes software developed by the OpenSSL Project for use in the OpenSSL Toolkit.(http://www.openssl.org/). 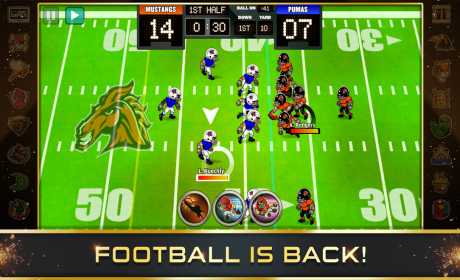 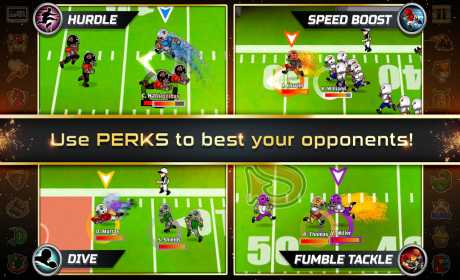 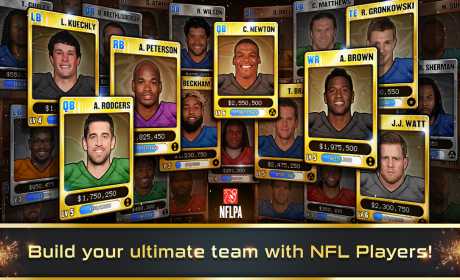