The FIRST RULE of the Fighters Club: no rules. Erase wrestling games, ultimate fighting games and even boxing games from your memory. Among PVP games Fighters Club is one of the most brutal one in the fighting genre. Here you have NO limits — it’s only you and your opponent! This online game is for tough fighters who can stand a whole fight night long! You can bet on your victory as well as on your rivals’. If you win — you get everything, if you lose… Sorry, pal, this is the Fighters Club.

The SECOND RULE of our Fight Club: see rule number one. Remeber, be the best street fighter, or you won’t stand a single fight night.
If you love fighting games or PvP games, and if you’re reading it, then you’re in luck! This online fighting game allows you to train and develop your fighter within the underground fight club. You got to earn money during a fight night in our illegal private Fighters Club.

FIGHTING GAMES are for courageous and patient players. This kind of street sport is unique with its boundries, or to put it more exactly, the complete lack of them.

You may like Boxing, Wrestling games, Ultimate Fighting games and so on, but we’re sure that you’ll like our fighting game.
This game is the best because it’s:
1) a PvP game
2) an ONLINE 3D game
3) a REAL Street Fighting game

Your fighter has never been good at sport or physical strength?
You can train them and improve their fighting skills. Your character can master the maritial arts style and techniques that you want to develop. For example, you can develop your fighter’s boxing/kickboxing techniques, or you can go for the styles you got used to when playing Ultimate Fighting games, or Wrestling games. Create your unique fighting style, make your bet and become the King of the Streets!

You don’t like the look of your character?
Adjust and customize the look then! You can dress your fighter in the sport style like in Ultimate Fighting, or make him look like a Wrestling fighter.
In Fighter Club you’ll have your own profile where all achievements, clothes and skills of your fighter will be stored.

So you think you can become the king of the streets? I doubt it. Download the game, make a full bet and prove me wrong! Try to survive the fight night in our PVP online 3D game! 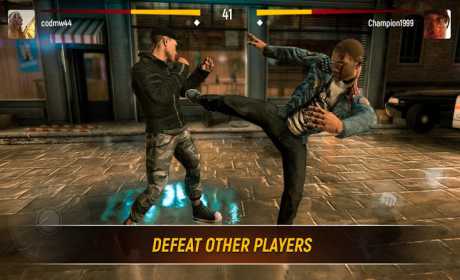 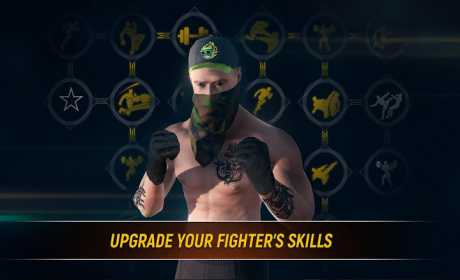 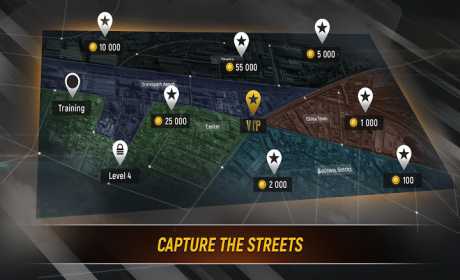