FIFA 16 Ultimate Team is a casual game for android

In this game, You can manage your ultimate team, create your own fantasty team, choose your play style, … . you also can pick the right player and beat the challenge to earn rewards. you can go battle against players from real leauges around the world, also you can buy players that you can’t unlock better than.

FUT has provided some useful features for players. the interface improvements is one of them. by this improvement you are able to swap squad players efficiently, manage pack items quicker, search the Transfer Market by in-form, and etc. another feature is broadcast presentation, that puts your club at center stage. there’s a new way to play ultimate team, called FUT Draft.

Play beautiful with a newer, better, and faster FIFA experience on mobile! FIFA 16 Ultimate Team lets you celebrate every awesome attack, nail-biting goal, and powerful win like never before with console-like graphics. Experience the most realistic set of football features on Google Play.

ALL-NEW ENGINE
Get ready for better skill moves, more exciting goals, more responsive controls, smarter teammates, and improved animations as you play the match. Plus, now it’s even easier to play like a pro with Enhanced Hybrid Controls that let you use Gestures or Buttons to control the ball. Gain improved offside awareness and more with Attacking Intelligence, then blow past defenders with ease. Alternatively choose to simulate matches, taking the manager position on the side of the pitch. Also, for the first time on mobile, you can trigger unique player celebrations on the pitch after you score!

BUILD AND MANAGE YOUR ULTIMATE TEAM
Earn, trade, and transfer superstars like Lionel Messi, Jordan Henderson, and Juan Cuadrado to create your own fantasy team. Choose your play style, formation, kits, and more, then balance player chemistry for the strongest squad compositions.

REAL WORLD FOOTBALL
Choose from over 10,000 players from over 500 licensed teams and go to battle against other players from real leagues in real arenas from around the world. Recreate challenges from current live-event football matches, too, with Dynamic Accomplishments.

PLAYER EXCHANGE
Now trade players and items you no longer need for a chance of unlocking something better. The higher value items or players you trade, the better the upgrades you’ll get back!

Ready to play the beautiful game, wherever you are? Get FIFA 16 Ultimate Team now! 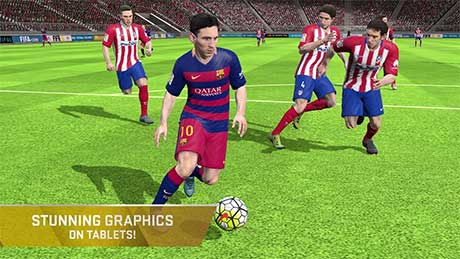 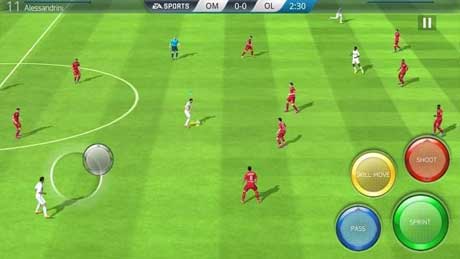 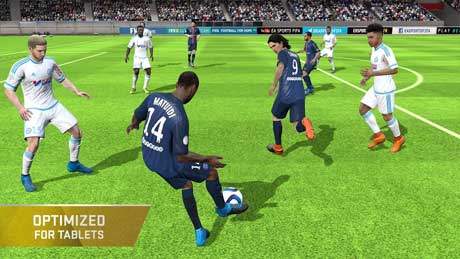