Hold onto your helmets – the award-winning Fieldrunners series returns! From exploding Popcorn Chicken to the mighty Megabot, it’s time to assemble the ultimate army as you fight to build your empire, and conquer rival players from around the world!

Recruit heroes, train troops, add defensive structures and manage resources to transform a quaint town into your own impenetrable fortress of mayhem. Whether you’re defending your turf, conquering the land in the campaign missions, or ripping through opponents worldwide in multiplayer skirmishes, there’s loot and glory to be had at every turn.

FEATURES:
• Addicting full control strategic combat gameplay
• Take charge and attack in the Fieldrunners universe!
• Manage resources to turn your town into an impenetrable fortress!
• Recruit and upgrade powerful heroes, each with their own unique abilities!
• Tear through enemy bases with tactical real-time attacks
• Test your might against 60+ campaign missions!
• Climb the ranks with your friends by waging war on players around the world and stealing loot
• Field an army of Soldiers, Rocketeers, Tanks and more military marvels!
• Defend your turf with deadly Gatling, Cannon and Flame towers – as well as other Fieldrunners favorites and all-new defensive turrets
• Transform your towers to adapt against a variety of threats, be they man, machine, or something else entirely! 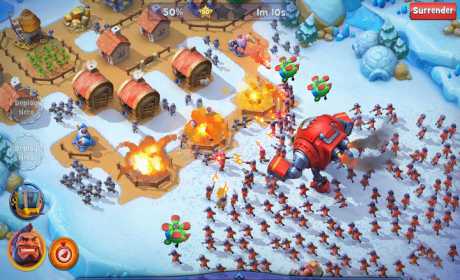 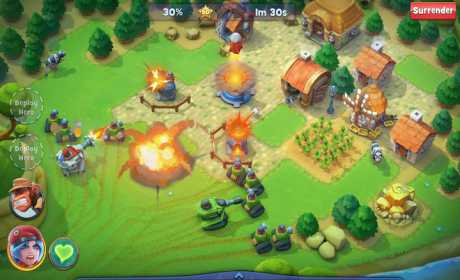 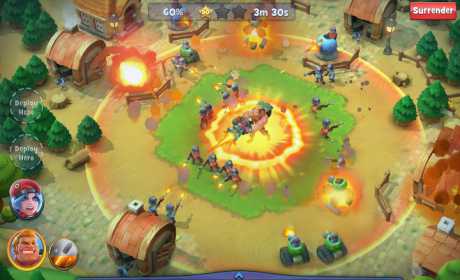