Empires of Sand is a Strategy Game for Android

Become a pharaoh and fight against the evil god Seth to retake control of Egypt.

Empires of Sand represents a step ahead in the strategy game genre, combining management and tower defense.

Defend your base against enemy attack while you send your troops out to finish off your opponents.

During your adventure you also have to defend and manage your main city. Construct new buildings, gain the favor of Osiris, research upgrades for your troops and use them in battle to get your empire back.

FOUR GAME MODES:
■ Empire management: manage your resources to expand your city and develop your army.
■ Player vs Player (PvP): play against other pharaohs in real time to become the greatest pharaoh in Egypt.
■ Campaign: challenge Seth’s troops to retake Egypt in history mode.
■ City defense: construct and manage your city’s defenses to protect it from pharaohs trying to steal your resources.

KEY FEATURES:
★ Play online in real time against other players.
★ Send your troops to fight your rivals while you defend your base.
★ Explore all five game modes.

Download last version Empires of Sand apk + Data  + MOD (a lot of money) for android from revdl with direct link. 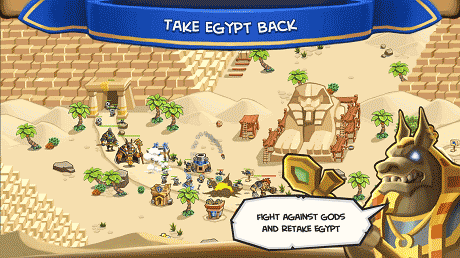 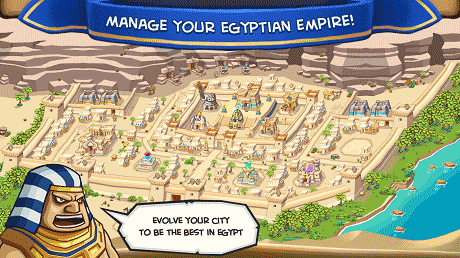 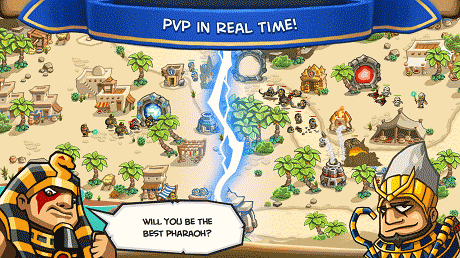