Become the mightiest knight and develop your medieval city into a glorious empire. Prove your economic skills, trade with other kingdoms, and raise your castle to prosperity. Explore the secrets of the mysterious exploration map to find valuable treasures, but beware of the Orcs.

The world has changed a lot since the last Orc invasion. The world of men returned to a new normality. With peace reigning, Lords and Ladies are establishing new kingdoms with beautiful castles and focusing on trade with other kingdoms. But that peace might not be as everlasting as it seems…

BUILD YOUR MEDIEVAL EMPIRE
Prove your economic skills in this new game that combines strategic empire building and resource management. Collect, produce and trade resources to build up your castle and expand it into a mighty fortress! Use your profits to decorate your very own medieval city and customize your buildings.

DISCOVER THE EXPLORATION MAP
Discover new territories on the exploration map and uncover the legends. Recruit a powerful army to conquer the most valuable territories and fight off the Orc invaders. Try your luck on treasure hunts and seize control of other provinces and their rewards.

WAR OR PEACE – YOU DECIDE
Choose your winning strategy and compete with other knights in either trading or combat. Be the hero you want to be! Play as a tradesman and exchange goods and resources with fellow players and merchants in the marketplace. Become the most powerful warlord and fight your enemies with an iron fist. Form alliances with friends to defeat your opponents and fight epic battles against millions of players on a giant interactive world map. It’s all about planning your tactics and strategy!

MORE TOP GAME FEATURES:
🛡️ Build and customize your very own medieval castle
🛡️ Choose your path to glory: Trade or Fight
🛡️ Explore the world, discover new realms and their treasures and secrets
🛡️ Produce and trade resources to construct more than 80 different buildings
🛡️ Forge powerful alliances, and chat and strategize with friends in a huge community
🛡️ Meet fantasy creatures such as dwarves, elves, and orcs

Do you have the diplomatic skills to forge mighty alliances and establish kingdom expanding trade deals? Do you have a military strategy to crush your enemies and defend your castle in epic MMO battles? With countless enemies to defeat and multiple lands to conquer, Empire: Age of Knights is a medieval war game in which every decision you make will determine whether your castle prospers or falls. 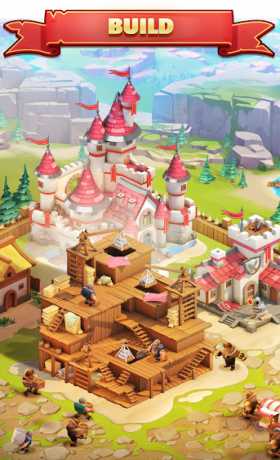 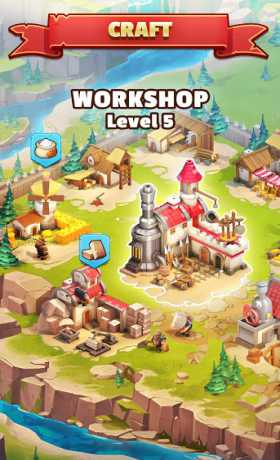 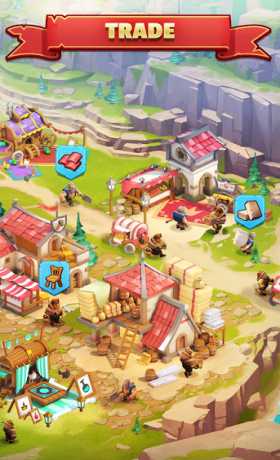