When hunger strikes, grab a shotgun and put some dinner on the table. Lock and load and put those sharpshooting skills to the test as you blast flocks of ducks out of the sky.

DINNER TIME
These ducks don’t hang about! Aim using either traditional joystick or immersive gyroscopic controls and get trigger-happy. With over 150 missions and a pantry full of side quests from Granny, there’s plenty to get stuck in.

QUACK ATTACK
From slingshots to rail guns, dynamite to robots – there’s nothing this duck destroyer won’t use to get his paws on a delicious meal. Load up on power-ups in the store and come out guns blazing!

FLIGHT OF THE FOX
A simple errand to fetch dinner takes this fox on an adventure that’s out of this world! Chart his journey as he’s plucked from his humble home and thrown into the Arctic and beyond in fully-animated cut-scenes. 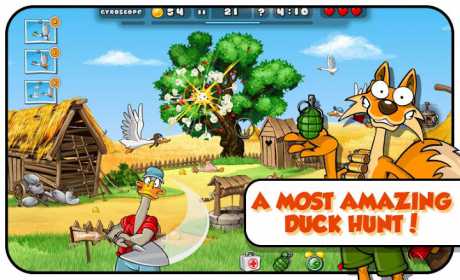 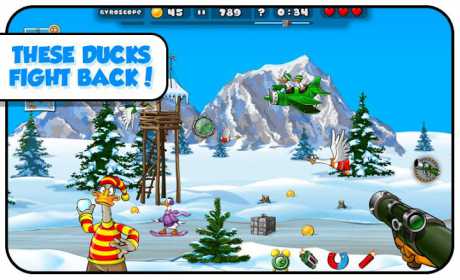 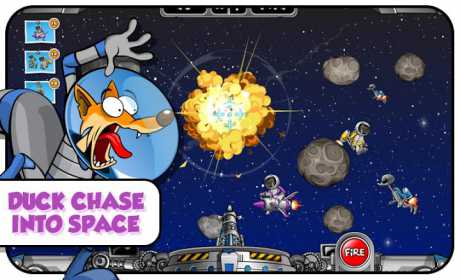