The zombies are swarming. And now it’s upon highly skilled drone pilots like you to prevent the end of the human race. Take control of combat Drones and hone your Zombie Shooting skills. Gather resources, protect the team on the ground… you are a guardian angel and avenger. Action follows you. No mission is too hot to handle!

Attack is the only option. Yet, building the right strategy, creating an exit plan, upgrading your arsenal and good timing will help you battle the undead in ways you never have before. Target and eliminate the zombies in this first-person shooter (FPS) zombie shooting game. Do you have what it takes to lead mankind through this crisis? This is your chance to find out.

CONTROL DRONES IN COMBAT MISSIONS
Take charge of world-class combat UAVs with the power to change the fate of humanity plunged into this dark era. You’re the eyes in the air. Your vision and courage will shape mankind’s future. Your exceptional abilities will become legendary. Success requires risk and bravado. Make the right choices on daring missions to protect, defend, gather gold and resources. Do anything necessary to get stronger and survive

NEXT-GEN OF WEAPONS & ZOMBIE SWARMS
Hone your skills, to defeat the undead and aid allies. Take highly advanced Drones into the battlefield and aim through your crosshairs for precision attacks across Tactical Imminent Threats Missions. Or, test your reflexes through swift and deadly Living Hell Missions. Target unique zombies, including ROAMERS and SPRINTERS. Protect Afterlife Base and escort the on-ground armed forces on various missions in this covert FPS guns-a-blaze gameplay.

IMAGINATIVE & ENGAGING ZOMBIE-SLAYING
Nothing is ever as it seems. Adapt to the ever-changing environment. Head out for a high-tension hunt. Look out for Zombies, assess the threat, think quick and lock your target. Strike them fast to move onto the next approaching threat. Every decision you take and each moment you spend will have consequences. So get a zombie in your sights, fire, splatter… satisfaction! Follow the undead across nightmarish landscapes and huge maps. Hunt down each zombie in this FPS air-strike game.

AMAZING GRAPHICS & BATTLE MAPS
The world’s changed and it needs you more than ever. Drone 4: Zombie Strike – FPS Zombie Game proudly boasts highly engaging gameplay and epic story-telling with action driven level design. Guide the on-ground team while they scavenge for supplies. From the neighborhood grocery store to the coffee shop at the corner, or everyone’s favorite Pizza joint, protect survivors who call this abandoned ghost town their home from being mauled by a zombie horde. In order to fend off an army of the undead you have to become a highly skilled zombie shooter! 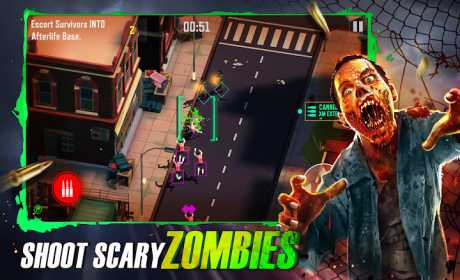 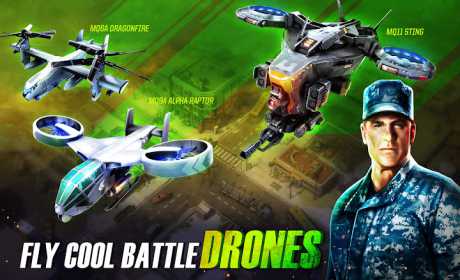 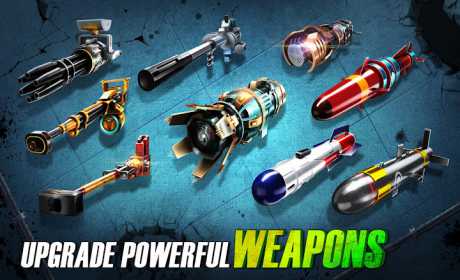