If you like playing classic euro type board games this is the game for you!
It’s a new and exciting turn-based multi-player board game for 1-8 players.
Compete against up to 7 other human or computer opponents.
Build your prestige and ranking.

Drapers is the old name of cloth traders. In an era when cloth trade was all the rage in Mediterranean sea, Drapers were greater than Kings!
Its 1242AD. You are playing a novice draper, beginning his business in the dangerous waters of medieval trade world. There are others who begin their journey as well, all vying to become the world’s greatest merchant, willing to do whatever it takes to get to the top. Even shady business with notorious pirates!

In Drapers you will be competing against up to 7 other players, each positioned in one of the great old merchant cities of the Mediterranean sea. Trade wars have never been more engaging. conspire with fellow traders against each other, or use the shady pirate to steal your rival’s profits and gain the upper hand in an all out war.

Unlike many boardgames, the game plays mostly simultaneously, so a typical turn last only a few seconds and down time is kept to a minimum. We hope you’ll enjoy our newest novel app. Have fun and do tell us what you think! 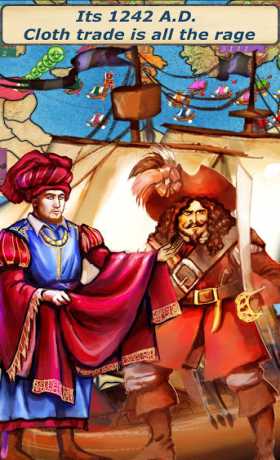 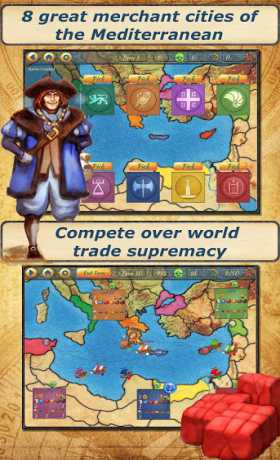 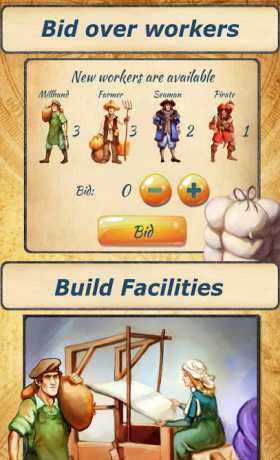