A brand-new chapter in the Dragon Ball Z saga has arrived!
Now you can experience all the nonstop action in the palm of your hand!

◎Explore the World of Dragon Ball!◎
Face off against formidable adversaries from the anime series! Explore your favorite areas in a whole new way with unique board-game-style gameplay! Utilize various items and power-ups to strengthen your team and steel yourself for the battles ahead!

◎Intense Over-the-Top Action!◎
Simply tap the Ki Spheres on the screen to engage in supersonic combat! The fighting is so extreme your screen won’t be able to handle it! Awaken the true potential of your favorite Dragon Ball characters and make them stronger than ever before! You’ve never experienced Dragon Ball like this!

◎Assemble Your Very Own Dream Team!◎
Create your own team from a wide variety of Dragon Ball characters! You can even group together certain characters to activate powerful Link Skills! Only Dokkan Battle gives you the freedom to build virtually any team you want! Take your trusty fighters to the battlefield and rise to the top!

◎Time is of the Essence!◎
The story begins when Trunks’ Time Machine crash-lands on a planet where the Dragon Ball timeline has been thrown into chaos! Who could be behind this sinister turn of events? Work together with Trunks to get to the bottom of this mystery, battling legions of familiar foes along the way. The very fate of the Dragon Ball universe rests on your shoulders! 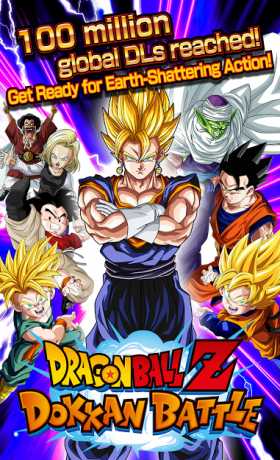 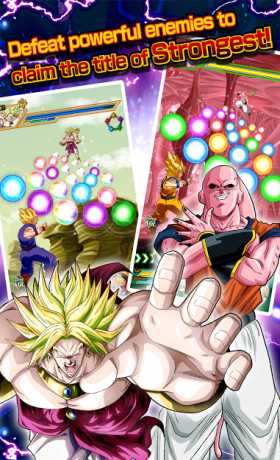 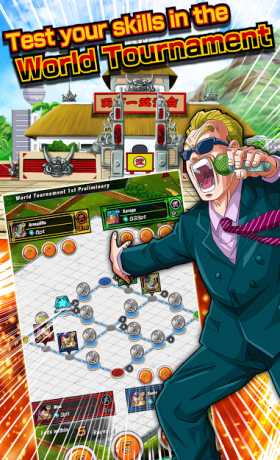