Explore and embark on an all-new Frozen adventure that takes you to new and familiar locations around Arendelle and the entire Frozen world. Embark on quests to Oaken’s Trading Post to collect supplies in this amazing decoration game. Play hundreds of match-3 games and earn snowflakes to decorate the castle and make it look amazing!

KEY FEATURES:
EXPLORE THE FROZEN WORLD: Explore new and familiar locations in Arendelle and beyond in the World of Frozen.

CUSTOMIZE THE KINGDOM: Earn snowflakes to make the castle beautiful in this decoration game.

EMBARK ON AN ALL NEW FROZEN ADVENTURE: Continue the Frozen story beyond the films along with Anna, Elsa and Olaf.

PLAY ALONG WITH FROZEN CHARACTERS: Play and interact with Anna, Elsa, Olaf, and more! Embark on quests into the forest with Kristoff and also travel to Oaken’s Trading Post.

Join Elsa, Anna and Olaf on a new puzzle matching adventure inspired by Frozen and Frozen 2. Play 100’s of match 3 puzzles with the help of your favorite characters. Explore the Frozen world as you advance in this new match-3 game! Enjoy new locations as you complete quests to help decorate and customize the Kingdom. Decorate the castle entrance, great hall, and many more rooms throughout Arendelle through your own design choices!

Play Frozen Adventures and decorate the Arendelle castle! All you need to do is to play and solve match 3 games. We hope that you will enjoy our castle restoration game!

Discover the exciting fun by diving into the adventure of the World of Frozen. Play match 3 games to design and decorate the Frozen castle and Kingdom! Explore new worlds as you play this epic Frozen game! 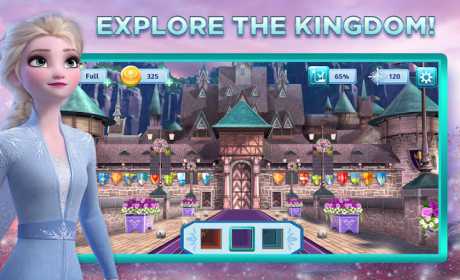 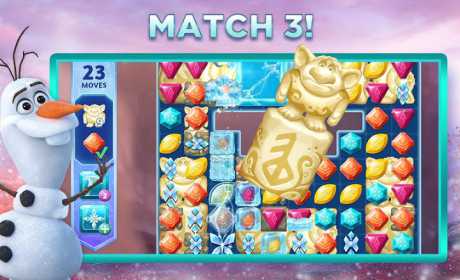 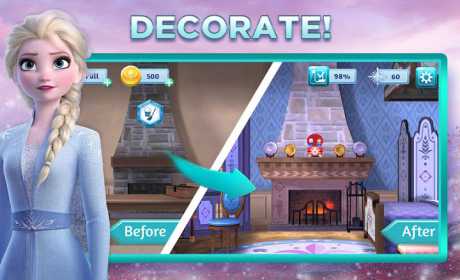