There’s no better way to make friends with other online players than to ride prehistoric Jurassic beasts together! Explore the world together online and tame herbivores such as the triceratops. If you’re feeling brave, wild carnivores such as the raptor, spinosaur and Trex also roam the island.

Once you have tamed the deadly beasts, they are yours to saddle and explore the dangerous new world. Climb up on your T-Rex and watch the smaller creatures scurry away in fear!

Dino Tamers features a new sneak mechanic, allowing you to get up close and personal to your favourite dinosaurs without being spotted. Use trees, long grass and vegetation to sneak past the deadly carnivores that roam Arcadia.

BATTLE & HUNT YOUR WAY THROUGH THE JURASSIC WILDERNESS

Unlock RPG style elements to improve your dinosaur’s skills and battle your way through challenging missions!

Study a mysterious ember to evolve your dinosaur’s DNA to their next stage of evolution, which unlock awesome new features such as wings. Prepare yourself to ride a flying Spino!

UNLOCK THE MYSTERY OF ARCADIA

Follow along the story as you uncover the world of Arcadia and its native inhabitants as you battle, tame & craft your way through the interactive story!

Foxie Ventures would like to welcome you to the Dino Tamers family! We will be adding lots of new content, such as a Mosasaurus – the shark of the Jurassic waters! Kick off your interactive adventure and download free today!

Dino Tamers is completely free to play but some optional in-game items may require payment. 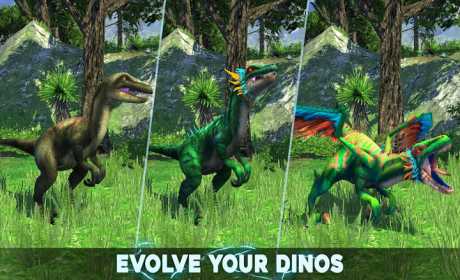 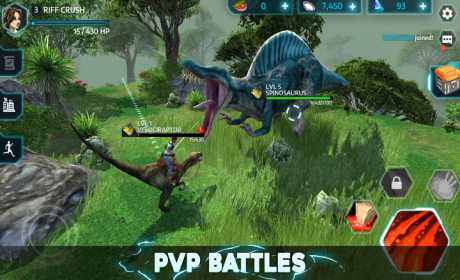 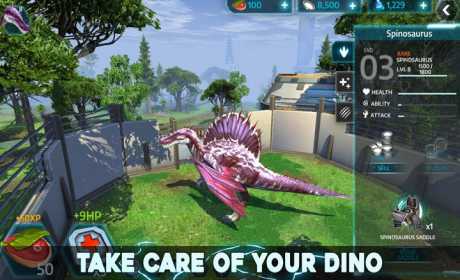