diep.io is a Action Game for android
download last version of diep.io Apk for android from revdl with direct link

From the creator of Agar.io, the newest online smash hit game comes to mobile! Upgrade your tank, shoot down other players and reach the top of the leaderboard!

Shoot and destroy blocks and other players to earn XP, level up your tank and unlock new classes, weapons and abilities! Will you choose the rapid-fire machine gun, control a swarm of guided missiles, shoot in all directions or something else?

MASSIVELY MULTIPLAYER ONLINE ACTION!
Play with dozens of other players at once on huge servers packed with excitement!

MOVE, SHOOT AND SURVIVE!
Destroy blocks and other players to gain XP, but don’t get shot down yourself! Stay safe out there!

LEVEL UP AND BOOST YOUR STATS!
Choose which stats to increase and change the way your tank plays! Do you want extra bullet damage or a fast movement speed? It’s all down to you!

CHOOSE FROM DIFFERENT TANK CLASSES!
Upgrade your tank to a new class. Machine guns, guided missiles, cannons in every direction… there’s a world of choice!

OPTIMIZED FOR MOBILE!
diep.io on mobile offers the same great experience as the hit web game, with new controls perfect for touchscreens!

KEY FEATURES
– Online multiplayer action!
– Dozens of players in each game!
– Fast-paced tank on tank warfare!
– Level up a variety of stats!
– Upgrade into many different tank classes!
– Easy to play but challenging to master!
– Free to play!
This game requires an internet connection. 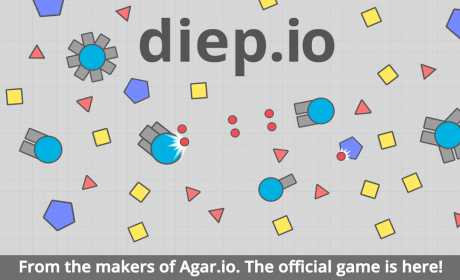 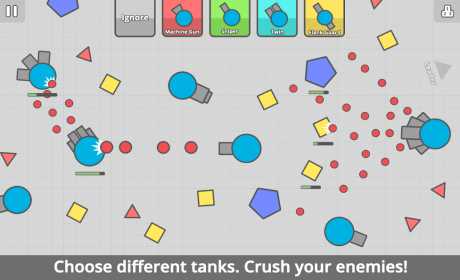 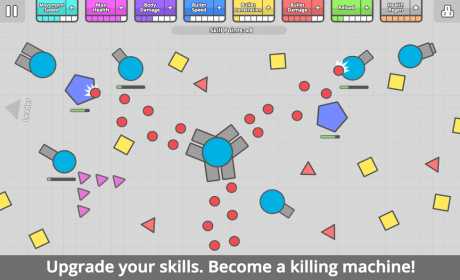