Escape from the battlefield! Escape! Escape! Get back the peace!

■ What is Deserter Simulator?
It is a 3DCG simulator game where combat soldiers escape from the battle field on bikes.
Obstacles repeatedly appear on the battlefield with the use of physical arithmetic operation processing.
Enjoy the realistic experience.
Are you able to get hold of peace?

■ Ride a bike and escape!
The soldier is tired from fighting in the battlefield. Barely able to walk, he saw a bike in front of him and this is the start of his fate.
In order to end the tiresome battle, he must stand up together with his fellow comrades!

■ Avoid the obstacles!
In the realistic battle field, the roads ahead are filled with obstacles which are renacted with the use of physical arithmetic operation processing. Overturn the battlefield by tactfully maneuvering the bike and get back peace!

■ Score points and power up!
As you escape, you get love and peace points. Exchange your points for a new bike or driver and increase your power! 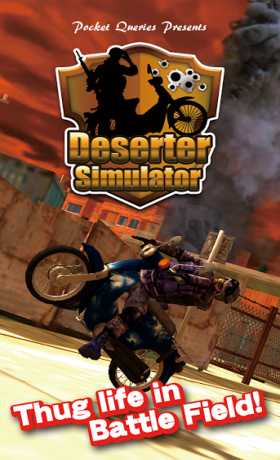 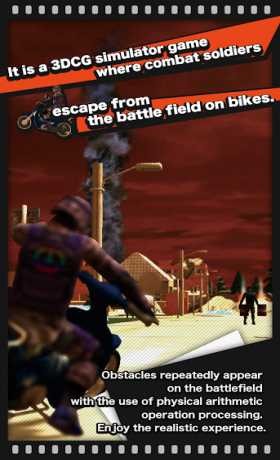 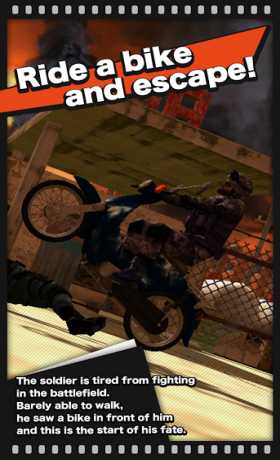