Enter the depths of the ancient city of Angor and prepare for battle. Form a mercenary party of adventurers, sell swords, rogue sorcerers and assassins and enlist with an army of Dwarves trying to retake their ancient homeland. Fight in a brutal campaign against goblins, undead, ratmen and the demon lords they worship.

Demon’s Rise is a turn-based tactical game where players must lead a party of six heroes through the bowels of an underground city. Battles are intense affairs where the proper use of terrain and cover is as important as the choice of spell or attack.

CHARACTERS: Choose a band of six heroes from 30 playable character classes. Each class has unique strengths, weaknesses and special abilities.

REWARDS: Uncover the treasures of the old kingdom … find gold or thousands of possible weapons, pieces of armour and artifacts. Equip them to make your heroes stronger or sell them off and buy something more fitting.

EXPERIENCE: As your heroes fight, they gain experience, level up and unlock powerful new spells and abilities.

COVER / TERRAIN: Position is key to victory. Place your heroes behind cover for protection or next to a magical shrine for extra power.

MORALE: Your heroes and their enemies may panic when they see the battle go badly or enter a berserker fury if they see an ally cut down. Form a tight battle line where your stronger heroes can lend courage to the weaker ones and use intimidation as a weapon against your foes.

ABILITIES: Wizards can launch fireballs, cast protective wards or summon powerful monsters to their aid. Illusionists can trick their enemies into switching sides or make them panic without reason. Mighty warriors can make powerful weapon strikes, become berserk or heal themselves during battle. All 30 player classes and many of the enemies you will encounter can perform such abilities and can use them to turn defeat into victory. 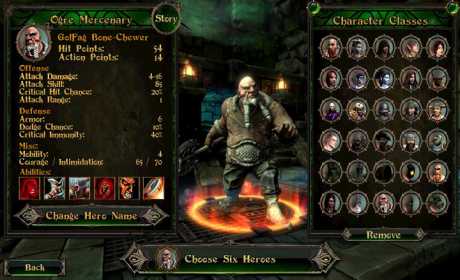 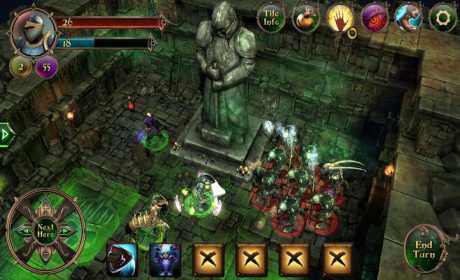 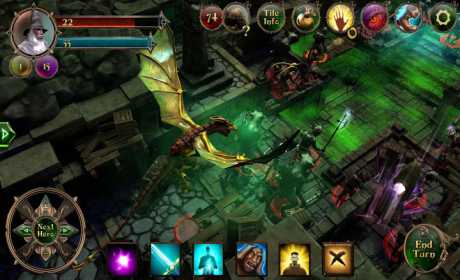