Death Tour is a action game for android

SIMPLY THE BEST RACING ACTION GAME FOR YOUR MOBILE DEVICE!
Death Tour is a vehicular combat game with amazing graphics, awesome classic cars and epic guns in the best traditions of Twisted Metal, Flatout and Carmageddon!

BECOME AN ACTION HERO
Story-driven full single player campaign with Grand Theft Auto (GTA) style criminal plot.
Deliver highly valuable cargo, but watch out: you are being hunted down. Drive through the racy storyline at full speed, reveal the secret of the stolen briefcase and revenge a gang of cold-blooded assassins.

CHOOSE YOUR OWN PATH
Reach the top of criminal world shooting everything that moves. Choose the car you like, upgrade it in the garage and ram your enemies in Demolition Derby or destroy them with lethal weapons in Survival. For the first time in mobile gaming: the best classic car combat on breathtaking race tracks and battle arenas.

KEY FEATURES
* Top notch graphics and special effects. Get all you can from your mobile device!
* Advanced physics: car frames and doors get dented and smashed like real!
* Classic cars collection for connoisseurs: Ford Hot rod, Chevrolet, Porsche, Cadillac, Hippie Van and even the Soviet Volga!
* Garage with a selection of unbelievable frames, engines, bumpers and body kits that are unique for every car.
* Awesome pack of killer weapons: guided spider drones, stingers, self-guided supersonic ram and a heap of other crazy perks.
* Several exquisitely modeled locations in unusual parts of the world: famous skyscrapers, an abandoned canyon, an old chapel and many more. 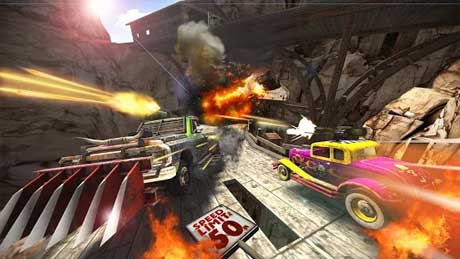 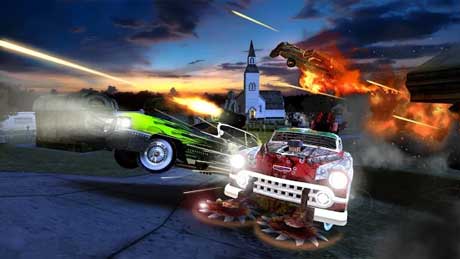 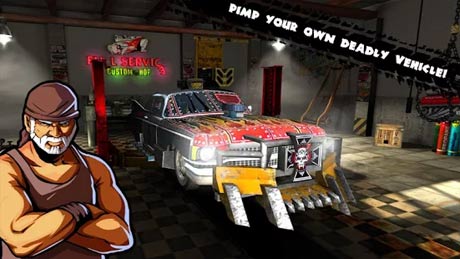