DEAD TARGET Zombie is an action game for android.

Dead Target situates you in the middle of a hypothetical World War III, where you’re the only survivor of a zombie attack. You have to exterminate all the undead that hunt the planet, trying to find some sign of life that will help you rebuild the planet.

In 2040, World War III happened, country frontier changed, modern warfare advanced to a new era after Minister of Defense signed a contract with CS Corporation to perform project Dead Target: transform prisoners into super evil combat killers. However CS betrayed and threaten to trigger a zombie outbreak if the president does not follow their order. The age of destruction begins.

The country’s doom is getting closer when CS infected a whole city to prove that they are serious. A special commando team was hired to head to the frontline and collect information before the army can open the counter strike – operation Apocalypse. Too bad everything went wrong, you and agent M are the only survivor on the route. There is no excuse for stupid mistake which may pay with your blood. There is no way to run from hell, break a part through the dead zone, rescue agent M and make clear road to reinforcement location or you will join your dead brothers in arms. Be careful with the space around, the walking dead awaits a hero. Human destiny may face to big exodus to find safe land now in your hand.

Dead Target: Zombie is an FPS game where you can:
– Witness the stunning 3D graphics with detailed textures
– Enjoy the realistic sound effect and music
– Bring smash death to zombies which are chasing you.
– Be a killer to slay zombies in style with epic weapon system
– Upgrade your gears to face the upcoming zombies waves
– Experience 3D shooting time as a zombie hunter
– Complete all achievements and quests to compete with your friends
– Set your nerve to the highest level to deal with different zombie types 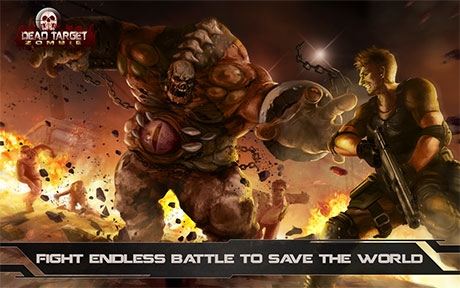 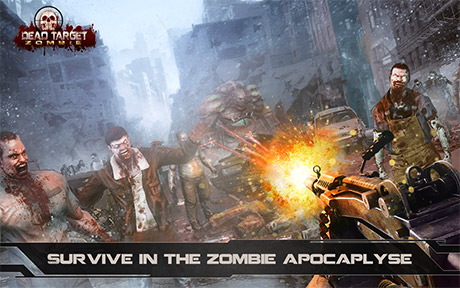 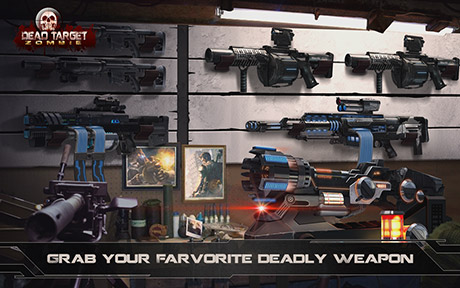