Dark Slayer is an arcade game for android

In a world of chaos, where the balance between good and evil has been lost,
the legendary heroes will embark on a journey to save the world from darkness.

The Pagan King Beelzebub, who has been sealed in a stone by the gods,
is about to be resurrected with the help of the dark forces

as the blond warrior Jan is forced to stop him.

Get ready for an enthralling adventure
in the fantasy world, filled with romance, love and friendship
with the vast world as the backdrop.

Features of the Game

Essence of action RPG: high-quality action sequence!
Feel the excitement of controlling and moving your character
in multiple battles with dynamic and thrilling action sequences.

Cute, beautiful and fantastic graphics of the highest quality
With a cute backdrop that’s reminiscent of a fairy tale,
the images of diverse backgrounds, skills, mobs and characters have been produced in FULL HD
to create a beautiful world of fantasy.

A long journey to become an expert
The accessibility of the game has been enhanced by adding various difficulty levels
to allow even the most casual users to use it with ease.
The intrinsic fun of RPG has been enhanced through sequential balance,
while more depth has been added through a network connection.

An interface that has been optimized for smartphone use and a tutorial
The sense of controlling and moving one’s character has been maximized
by allowing the use of v-pad as a default and the use of tilt as an option.
Also, the screen configuration has been optimized for a more convenient interface
and a detailed tutorial is provided to allow beginners to familiarize themselves
with the controls easily as a way to enhance the accessibility of the game. 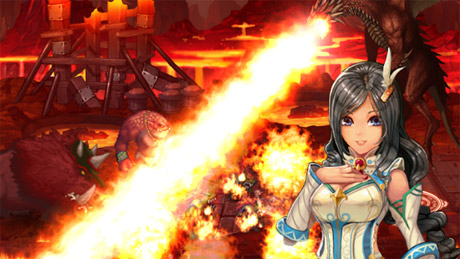 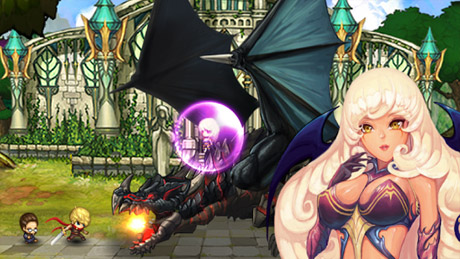 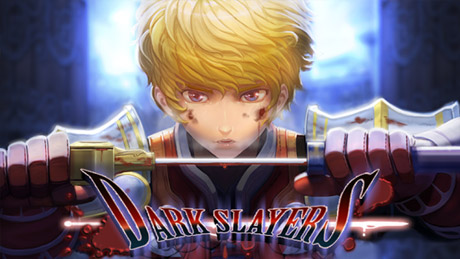