It has been 17 years since the wicked Orenda’s Monster Army attacked the capital city and dethroned the Queen. As Master, it is your mission to gather the brave and beautiful heroes of the Queen’s bloodline to defeat Orenda and take back the city! Summon the Cuties’ warrior souls from the Chronos Entrance and realize the Queen’s dying wish!

Cutie Riot’s thrilling story mode, PvP arena games and TCG style card battles are sure to amaze you, with alluring anime art and an epic choose-your-own-adventure storyline. Collect, combine and summon cute anime girls to battle in an exciting TCG meets RPG adventure like none other!

Summon Cute Girls to Battle!
❤ Brave knights, ninjas, witches and more – Summon over 150 beautiful and powerful Heroes to battle on the frontier
❤ War is here! As Cutie Master, use battle tactics and special moves unique to each Hero and defeat your enemies
❤ Summoners battle with quick tap controls, amazing magic abilities and vicious monsters

Choose Your Story
❤ Story line and Cutie gameplay are completely dependent on your choices
❤ Story mode features tons of different outcomes and options. Choose your path and change your destiny

Dating Simulator Gameplay
❤ Anime romance is in the air! Increase your intimacy levels with Heroes and discover their unique story and true power
❤ Dating sim gameplay feeds into character growth, powering your Heroes up for battle
❤ Strengthen your bond with each Cutie by talking, steam baths, dinner and more!

Execute Strategy and Tactics
❤ Creative battle strategy! RPG tactics and thousands of battle skills give you unlimited options
❤ Strategy and timing will be the difference between victory and humiliating defeat. Time your taps just right and unleash your Cuties true potential!

PvP Multiplayer Combat
❤ Battle online with other players and prove your Cuties are strongest
❤ Multiplayer battle arena – see how your friends trained their Cuties and fight back
❤ Online events for unique Cuties & rare items are added frequently!

TCG RPG With Addictive Collecting Mechanics
❤ RPG card games with unique abilities for each Cutie
❤ Card collector? You’ll fall for our amazing Cutie cards. Collect them all to crush your enemies

NOTICE: Items are available for purchase in the game. 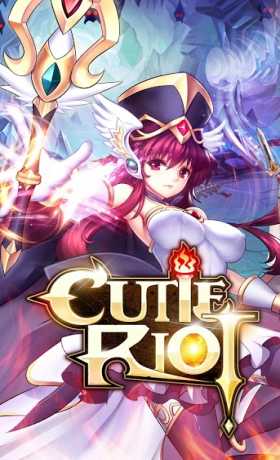 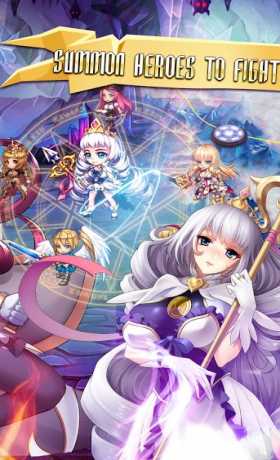 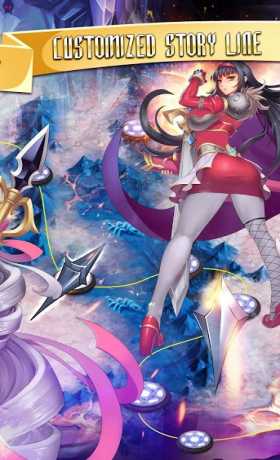 Anime: The Last Battle of The Cosmos 1.09 Apk + Mod (Unlimited Money) for android