Cultures: 8th Wonder of the World 1.0 Apk + Data for android

“Cultures: 8th Wonder of the World” is part of the widely popular RTS game series “Cultures” and the successor of the well-known and successful “Cultures 2 – The Gates of Asgard” and “Cultures: Northland”. This adventure and strategy game will see you assuming the role of a Viking hero charged with saving humanity from the forces of evil.

8TH WONDER OF THE WORLD takes place some years after the end of “Northland”. The renowned heroes around the Viking Bjarni retired after their last adventure and enjoyed their daily lives.

But one day the powers of darkness and evil slowly began spreading all over the world. At the beginning, nobody noticed this or paid any attention, but people soon felt that suspicion, hate, war and harm were returning to humanity. More and more parts of the known world were attacked by the evil that nobody could grasp or fight against. When the end seemed close and the world stood on the brink of eternal chaos, the chiefs of all countries gathered in the Council of Nations. In long debates they tried to find a means to fight the evil. But nobody knew what could be done…

The one of the wise men came across some old writings which mentioned a way to fight the evil. A long and dangerous way, because only if the Eight Wonders of the Would were built again could darkness be banished and the evil defeated.
The greatest heroes of the past were summoned. The people addressed our friend Bjarni, who at once set out to save humanity from a fatal fortune again with his wife Cyra and their son Mani…

Their destiny, and with it the destiny of all humanity, now lies in your hands. You must solve the mystery surrounding the Eight Wonder of the World with your heroes and banish darkness from the Earth! 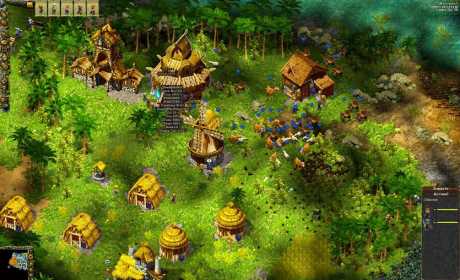 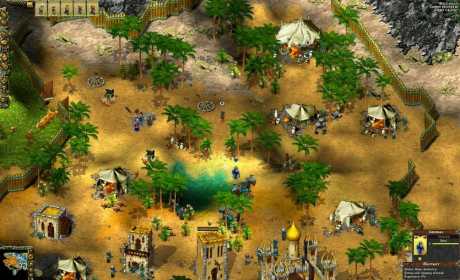 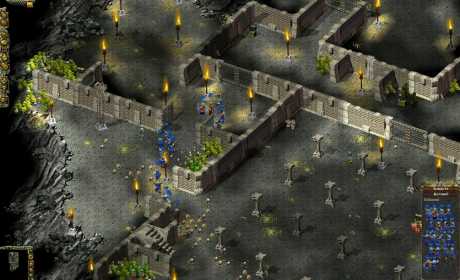