Critical Missions SWAT is an Action Game for android.

FPS fans, the moment you have been waiting for has finally arrived! Highly addictive multiplayer Critical Missions: SWAT is overall just plain amazing.

Critical Missions: SWAT delivers the nostalgic fast paced FPS gaming experience on your Android devices. Enjoy the smooth and customizable touch controls and play the cross-platform first-person shooter against other players on the web and on other mobile platforms.

GAME MODES
★CLASSIC – You are split up into two teams. Death is permanent until the next round starts. There are three ways to win: 1) The universal victory. The first team to annihilate all enemies wins, 2) SWAT team only. Rescue all hostages by gathering them to the safe zone, 3) Terrorists only. Plant the bomb and wait for it to explode. Even if everyone on your side dies, as long as the bomb is active, you can still win.
★TEAM DEATH MATCH (TDM) – You are split up into two teams. Death is NOT permanent. There is no winning situation, just a scoreboard. This mode is for the casual players who just want to get into action and fight.
★ZOMBIE MODE – A random player will be selected to become a zombie who infects others. That initial zombie will start off with 2000 HP and regenerates HP rapidly for a short amount of time in order for it to infect someone. Once a person becomes infected, he/she is instantly turned into a zombie and will have to infect others in order to win. The objective of the humans is to eliminate all zombies.
★ZOMBIE MATCH – This mode is like Team Death Match. However, zombies are added to both teams. They will aid you in fight.
★SURVIVAL – Every player that enters to game is automatically a SWAT team member. The objective is to survive as long as you can while zombies, NPC terrorists, and/or kamikazes attack you wave after wave.
★DEATH MATCH – Every player who enters the game is going to fight against each other. There are no teams whatsoever.
★JUGGERNAUT – At the beginning, the host will be selected to become the first juggernaut. Juggernauts can have extra health and speed. Everybody else must try to kill the Juggernaut; the player that ultimately kills the Juggernaut becomes the new Juggernaut.
★CAPTURE THE FLAG – Two teams each have a flag and the objective is to capture the other team’s flag. 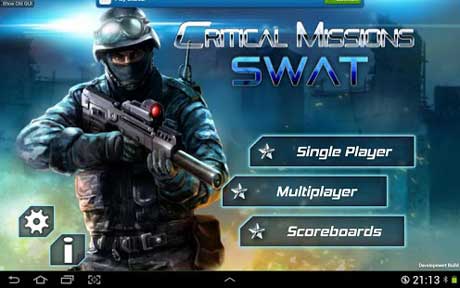 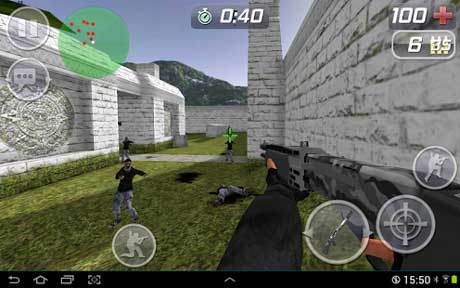 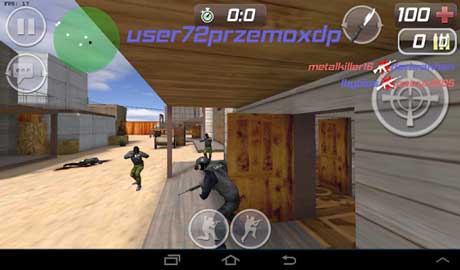