Crashing Season is a “best art” award winning action-packed runner game, with a physics based 3D world in which your mission is to survive and beat waves of enemies, fight mean bosses and complete goals! Animals on the rampage!

Features:
★ Use skill to conquer various worlds facing waves of enemies
★ Use various animal characters! Play as a Fox, Wolverine, Alien Creature or even a Dragon! 17 fun characters with more on the way!
★ Unlock, use and upgrade epic boosts, power-ups and little helpers for even more Crashing Action!
★ Customize your characters with awesome accessories
★ Compete against other players on global high score rankings
★ Challenge other users in multiplayer gameplay for extra rewards

The evil Mega Corporation “New Genetic Solutions” or NGS once enslaved the animals in their quest for world domination. Now it is time for epic revenge! Collect coins and diamonds and take over the world yourself while beating any enemy that stands in your way. It’s CRASHING SEASON – The world’s first closed area action runner game with award winning low poly styled 3D graphics and artwork!

Crashing Season is completely free to download and play, but there are optional in-app purchases available. Either way, get ready to help the animals in their quest for world dominance!

This game may include:
● Direct links to social networking and media websites that are intended for an audience over the age of 13
● Direct links to the Internet that can take players away from the game with the potential to browse to any web page
● Advertising of Koukoi Games products and also products from third parties

This game may require Internet connectivity and subsequent data transfer charges may apply. 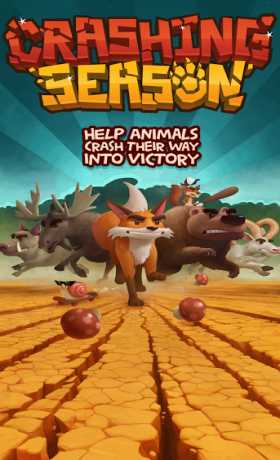 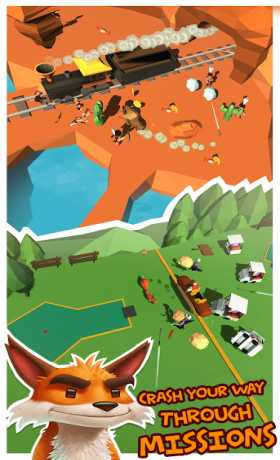 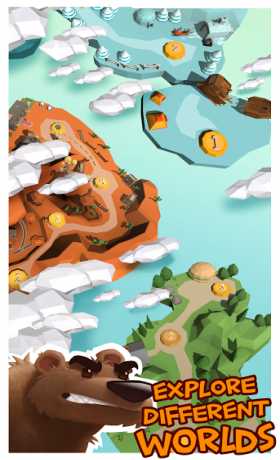