HexWar Games has partnered with Plastic Soldier Company to bring you a digital version of Commands & Colors: The Great War board game. The game allow players to portray important engagements throughout WWI history. The battles focus on the historical deployment of forces and important terrain features of trench fighting in scale with the game system.

The scale of the game is flexible and varies from battle to battle. For some scenarios, a few infantry units may represent an entire wing of a larger battle, while in other scenarios a unit may represent just a few brave soldiers going over the top. The Command card system drives movement, creates a “fog of war” and presents players with many interesting opportunities; while the battle dice resolve combat quickly and efficiently.

The Combat cards add an element of suspense and will challenge players to coordinate their use in a timely manner. Overall, the battlefield tactics players will need to execute to gain victory conform remarkably well to the strengths and limitations of the various types of WWI units, their weapons, battlefield terrain, and written history.

– 15 scenarios set during the most infamous battles on the western front
– Over 50 unique combat and command cards to simulate tactical and strategic choices
– Make strategic choices faithful to the era with machine guns, trenches, riflemen and bombers
– Lay waste to the World War 1 era battlefield with artillery strikes
– Play as German, British or Canadian combatants 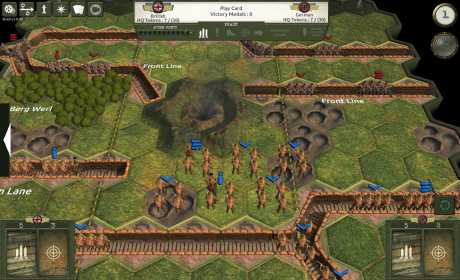 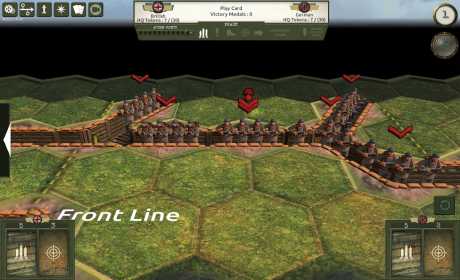 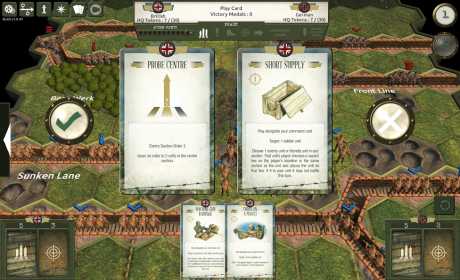