Chrooma Keyboard is powered by a smart artificial intelligence that provides you a better contextual prediction.

Chrooma has a new exclusive neural action row that helps you with emojis , numbers and punctuations suggestions !

And if emoji are not enough for you, with Chrooma Keyboard you can search and send all the GIF you want!

Adaptive Themes
Chrooma Keyboard features numerous adaptive and colourful keyboard themes. All the themes are elegant and will fit your phone style.

GIF search
With Chrooma Keyboard you have a dedicate GIF tab to search and send all the GIFs you want! Chrooma’s GIF are supported by almost every app.

Emoji Support
Our keyboard supports automatic emoji suggestion and helps you by providing you your most used emoji .
Chrooma supports all kind of emoji: iOS emoji, iPhone emoji and Android emoji.
Chrooma is always updated to support the latest emoticons available.

Multilanguage typing
With Chrooma Keyboard you can write in multiple languages simultaneously without having to switch the keyboard every time.

One Hand Mode and Split Layout
Activate the one hand mode to type faster with just one thumb!
Do you have a large screen? The split layout will help you typing faster !

Gesture typing
Tired of tapping ? You can write everything just by swiping your thumb over the keyboard.

Night Mode
Chrooma Keyboard can change automatically the color tone when low light is detected.
You can also set a timer and program the night mode.

For more infos, search Chrooma Keyboard on Google and Google Plus.

Apache License, Version 2.0 ;
you may not use this file except in compliance with the License.
You may obtain a copy at

Unless required by applicable law or agreed to in writing, software
distributed under the Apache 2.0 is distributed on an “AS IS” BASIS,
WITHOUT WARRANTIES OR CONDITIONS OF ANY KIND, either express or implied.

Android is a trademark of Google LLC.
iPhone and iOS are trademark of Apple Inc.
Chrooma keyboard is not affiliated in any way with Apple or its products. 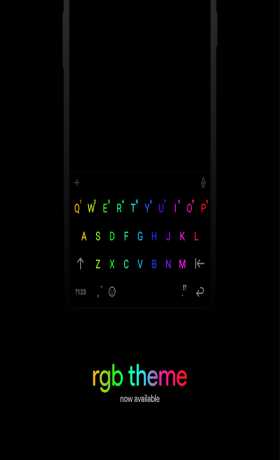 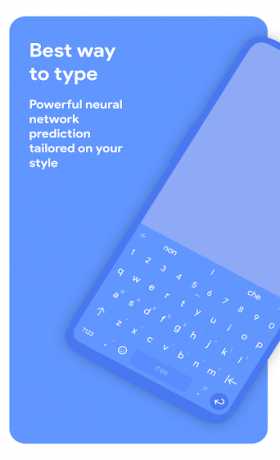 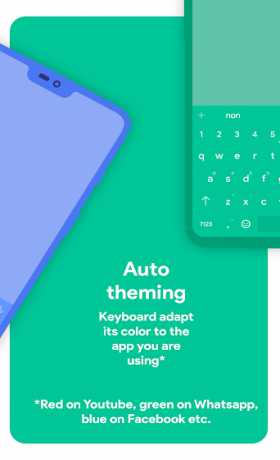