Chronology is a adventure game for android

Chronology is an episodic puzzle platform adventure starring The Inventor and The Snail. Try “Part I” with 3 chapters for FREE.”Part II” is available in the game as an in-app purchase, with additional parts following later.

In Chronology, you manipulate the past and the future, in order to fix the present. Play as the Old Inventor and his sidekick The Snail, and take advantage of their special abilities – travel back and forth in time, stop time, manipulate objects and solve puzzles.

◆ Time changes everything – Solve puzzles by travelling back and forth in – or freezing – time.
◆ Characters with heart and soul – Switch between two lovable characters with different abilities and combine their strengths.
◆ A mind-bending story line. As the story unfolds, learn how the main character has already played a central role in shaping the future of his world.
◆ Episodic content – new puzzles to solve and places to explore in the further updates..
◆ A magical, colorful, vibrant and living universe that mixes elements from different times and cultures.
◆ Amazingly animated characters, machines and creatures, inspired by Hayao Miyazaki (Howls Moving Castle, My Neighbor Totoro).
◆ Fully voice acted in English 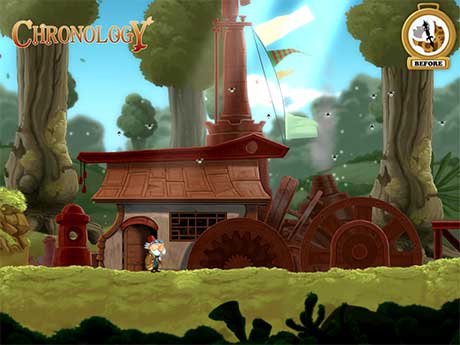 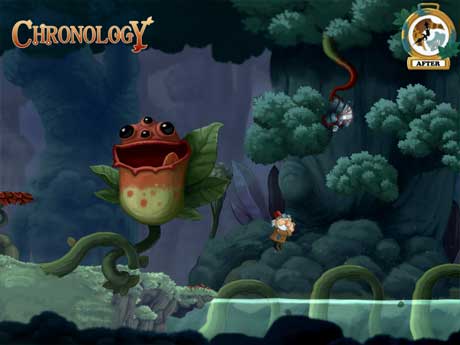 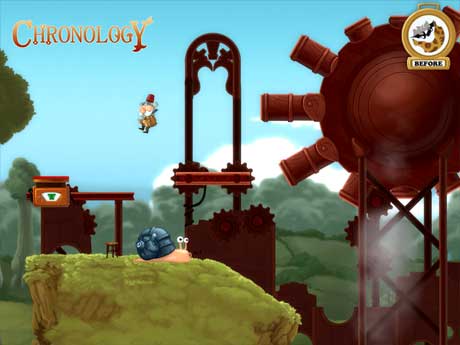