Cartel Kings is a sports game for android

Meet Max Muscles, Donnie Dollars and the rest of the Cartel Kings! They have really itchy trigger fingers, terrible dress sense and love stealing stuff. Guide them as they blast their way through the city, taking out the bad guys and blowing stuff up in the hunt for cash, treasure and even bigger guns! If you’re feeling lonely – or just want to show off – join a Cartel with friends and compete against enemy Cartels in the hunt for amazing rewards! Or visit Battle Bay and attack other players bases to steal their loot and upgrade your own millionaires mansion – solid gold toilets don’t buy themselves you know!

So what are you waiting for? Following the rules is boring and earning nice things is hard. Join the exclusive club of Cartel Kings and bring a little law breaking into your life instead!

FEATURES
* Attack other players in Battle Bay and steal their stuff – we’re pretty sure you deserve it more than they do anyway!
* Build a Cartel and chat, help and battle with your friends and other players for awesome rewards. Just don’t grass on them…
* Do really dangerous things! Rob banks, raid armoured cars and battle really scary bosses! Are you up to it!?
* No point in being the best if you can’t brag about it. Get you and your Cartel to the top of the leaderboards and win awesome rewards!
* Collect your very own weapons of mass destruction – be it RPG’s, crazy heavy weapons or the tiny but mighty nuke pistol…
* Play nicely with your friends! Help each other on co-op jobs and defeat mighty raid bosses – then steal their stuff!
* Amaze your easily impressed friends and family by winning hundreds of treasure items – bet you can’t collect them all!
* Craft your own guns from hundreds of cool parts – there’s bazillions of different combinations!
* Everyone likes stats! Customise your strengths and collect cool loot items that give you unique powers and abilities.
* Shooting not your thing? Just activate Frenzy Mode and it’ll do the dirty work for you. All you need to do is decide what to spend the loot on.
* Dress the Cartel Kings how you want! Bad suits, terrible hair – even in their underwear or a horses head! (or did we dream that? No, apparently it happened!)
* With weekly contests, free premium rewards, daily bonuses and new special events every week you’ll get so much free stuff it’ll feel like you’re robbing us!

PLEASE NOTE
Cartel Kings is completely free to play. However, some game items can be purchased for real money. If you don’t want to use this feature, please disable in-app purchases in your device’s settings.

A network connection is required to play. 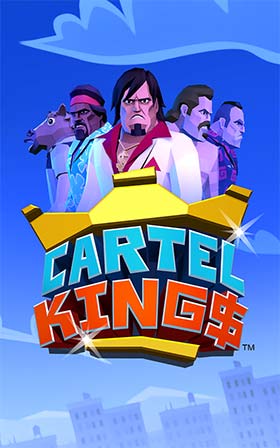 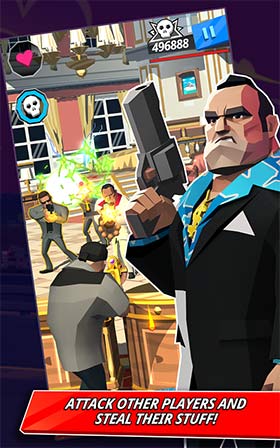 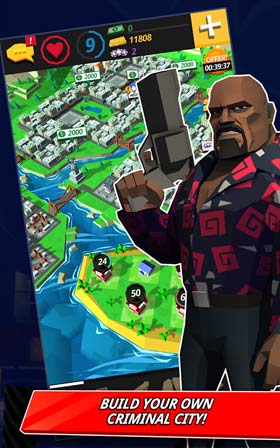