Become history’s greatest circus acrobat in the enchanted land of CarneyVale! Perform aerial displays of flawless flings, death-defying stunts and fantastic flips with ragdoll physics action as Slinky the puppet in a show that will captivate your audience.

Features:
• Perform flips and tricks on trapeze like grabbers.
• Collect balloons to impress your fans.
• Manipulate props and steer rockets like a rodeo.
• Avoid dangerous hazards to add flair to your performance.
• Uncover hidden stars within the maze of levels.
• Make a spectacular finish as you zip through the ring of fire!

Help Slinky realize his dream to become the most amazing acrobat that has ever lived!

The greatest performance of a lifetime awaits you, as you swing your way through the level for a performance that your audience will never forget. Dodge through hoops of fire, avoid flaming cannons and fly pass electrical blocks as you race your way to the end in a spectacular 5-star show. 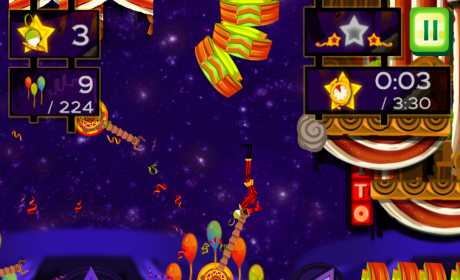 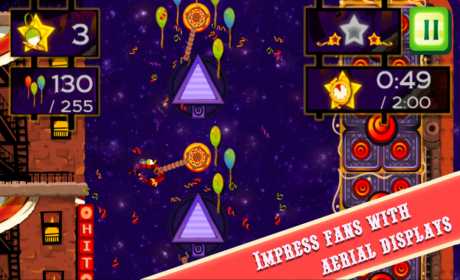 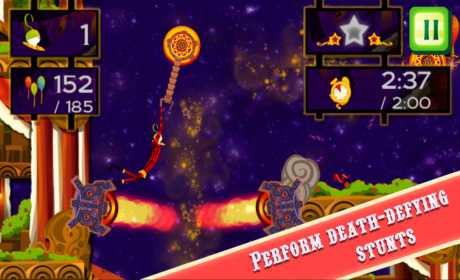