From the creators of the blockbuster simulation hit The Tribez, the Build a Kingdom simulator propels you into a magical world in which you must fulfill your destiny by creating the land of your dreams and becoming a true kingdom-builder. Each home, farm, workshop and bakery you build will help transform your humble village into a mighty kingdom. You’ll soon feel like a true king ruling over his wonderful realm and coming to love his royal duties! Harvest crops, bake tasty muffins, forge great swords in this city-builder that also turns to be a charming love story game.

Say hello to an incredibly colorful cast of characters including the enchanting princess, the ever-hungry bard and the hopelessly romantic/self-loving knight as they join you on an incredible adventure that’s like nothing you’ve ever experienced before.

Features:
✔ See the amazing fairytale world brought to life with incredible graphics and animations
✔Meet a cast of unforgettable characters, each with their distinct personalities
✔Lose yourself in an adventure story filled with amour, magic and humor
✔Fulfil the prophecy about the princess and learn the secrets of the fairytale creatures inhabiting this mysterious land
✔Build your kingdom with 25+ richly detailed, animated buildings and factories that include an apiary, ✔blacksmith, bakery and magic castle
✔Defend your territory from unwelcome yet comical visitors including wolves, spiders and ghosts
✔You’ll soon develop a real fondness for this charming little kingdom and its nice and funny inhabitants! 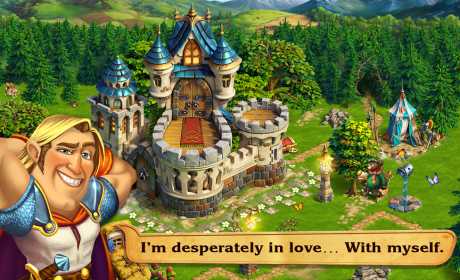 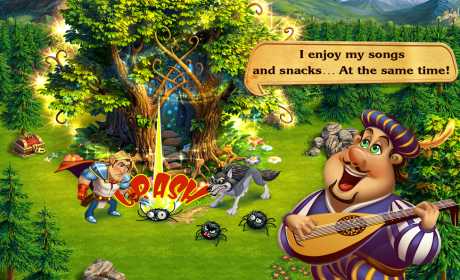 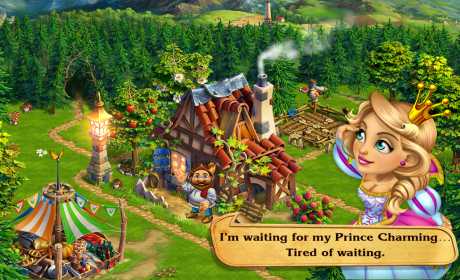