An unusual combination of genres “Snake” and “Three in a row”.
Help the brave train to collect the scattered multi-colored wagons. Three in a row of the same colors of the wagons will remove from the train all wagons of that color. Dropping out bonuses make the gameplay more fun. Get the coins collected for wagons, perform a variety of quests, open the new locomotives.

Features:
– Four playing fields of different sizes and configurations.
– Three difficulty levels, which differ in speed of the train, the number of drop-down wagons on the field, battery capacity, obstacles.
– Bonuses on the field, which diversify the gameplay.
– A lot of quests, doing that you will earn extra coins.
– Three player ratings by level of difficulty in Play Games.
– Four handsome locomotive with different tempers.

The game for players of any age! 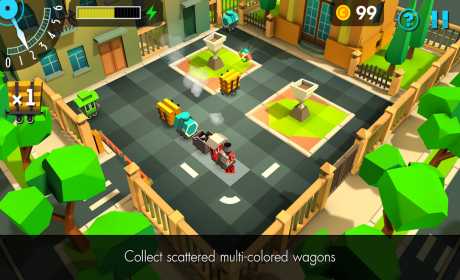 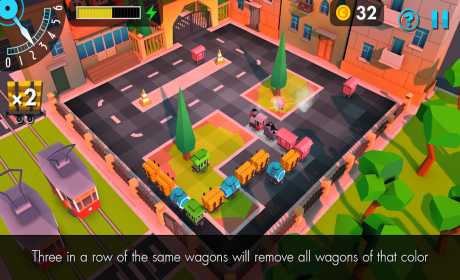 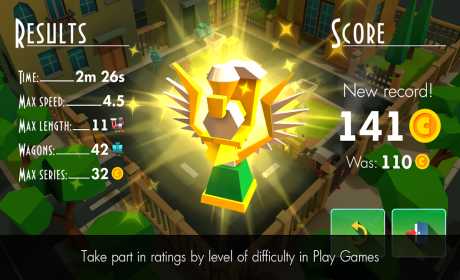