Hop in now and join us at [Brave Conquest] – the casual, fun-filled strategy game!
Manage your own Kingdom and fill your coffers in a snap!
Experiment with bizarre formations to take on whatever your foes throw at you!
Wait no more! Now’s the time to ascend the throne and take your place among the greatest lords!

[Game Features]
*Your Kingdom, Your Choice!
As the lord of your Kingdom, you get to call the shots! Unlock and place unique buildings anywhere you wish!
Lack materials and resources? Farms and Factories are your best options!
Want to speed up your army’s growth? Focus on unlocking the Barracks, Spellworks, and Wonders!
Also, don’t forget to feed your guardian Dragon lest she burn your castle down!

*An Epic Realm with Tons of Treasures!
Traverse across lush green plains and snow dunes, and scale the highest peaks and deepest valleys in search of lost Wonders and rare treasures!
Be sure to free up some inventory space before exploring with your goblin crew. You never know what legendary treasures you’ll find at the far reaches of the realm!

*One True Legend, Ten Thousand Troops Unite!
A lord is never without able subjects! Stand tall alongside Heroes of justice and evil. There’s no battle too tough!
Make your troops strong and fit! Train them up and be rewarded with upgraded troop types for an unfair advantage in battle!

*Brain-Teasing Challenges to Overcome!
Training your troops has never been easier! Leave ‘em alone and they’ll level up automatically! War isn’t so simple, though. Even the most well-drilled soldiers can’t win a battle by themselves! It’s up to you to lead and deploy them wisely!
Lords never stop challenging themselves, and the game certainly encourages this! Partake in a never-ending journey towards greater glories by conquering the Battle Hall, Arena, and global Kingdom Wars!

*Allies Unite! Fight to Become the Realm’s Strongest Alliance!
Not enough resources? Your allies have much to share!
Bullied by other players? Your allies got your back!
Interested in an Alliance event? Work with your allies!
And when all seems lost… Well, let your allies worry about that! 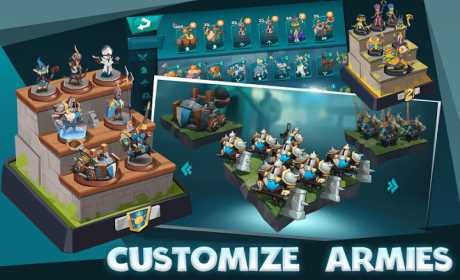 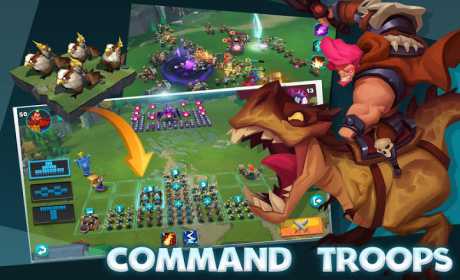 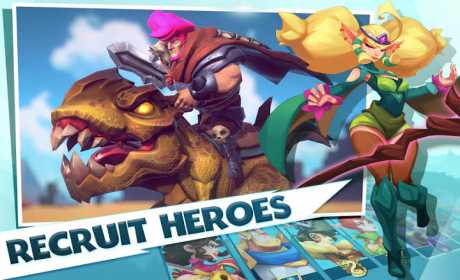