Bloons TD Battles is a Strategy Game for Android

Bloons TD Battles is a game that you have to fight monkeys and the battles focus on beating the level.

It’s monkey vs monkey for the first time ever – go head to head with other players in a bloon-popping battle for victory. From the creators of best-selling Bloons TD 5, this all new Battles game is specially designed for multiplayer combat, featuring 18 custom head-to-head tracks, incredible towers and upgrades, all-new attack and defense boosts, and the ability to control bloons directly and send them charging past your opponent’s defenses.

Check out these awesome features!
* Head-to-head two player Bloons TD
* 18 custom Battles tracks
* 20 awesome monkey towers, each with 8 powerful upgrades
* Assault Mode – manage strong defenses and send bloons directly against your opponent
* Defensive Mode – build up your income and outlast your challenger with your superior defenses
* All new Monkey Tower Boost – supercharge your monkey towers to fast attack for a limited time
* All new Bloons Boost – power up your bloons to charge your opponent in Assault mode
* Create and join private matches to challenge any of your facebook friends
* 16 cool achievements to claim
* Customize your bloons with decals so your victory has a signature stamp 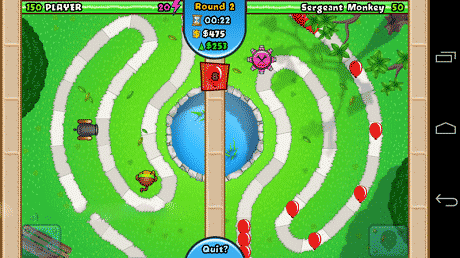 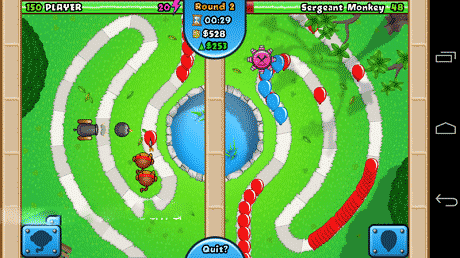 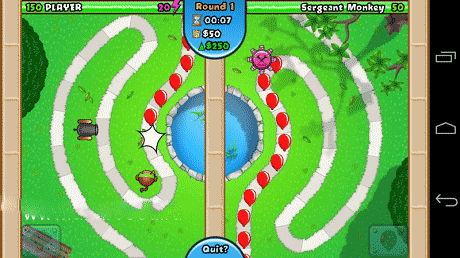