Because Zombies is a strategy game for android

Because Zombies is Tower Defense at its best! Take an epic journey through a zombie infested city in search of your daughter! Collect 25+ zombie destroying barriers throughout the city — Attack dogs, exploding barrels, dynamite and more — to kill many different zombie types

KILL ZOMBIES ANY WAY YOU WANT TO!
Because Zombies lets you Construct the ultimate defense by using your choice of the 25+ different weapons and barriers in the city. As you defend against the zombies, place the barriers wherever you want, and in any configuration you want! Combine them to multiply their zombie killing power!

TAKE AN EPIC JOURNEY
You play as John, a father who has lost his daughter after a terrible experiment gone wrong. You must battle your way through 43 zombie infested levels, to make your way to the mysterious tower!

WORK TOGETHER WITH OTHER SURVIVORS
Team up with other survivors! As you travel, you will meet other people who have survived the accident, each with different talents and abilities. You can survive this journey, but you will have to work together!

FIGHT OFF HORDES OF ZOMBIES!
Because zombies with with many different abilities lurk in the city, you must figure out their weaknesses and exploit them! 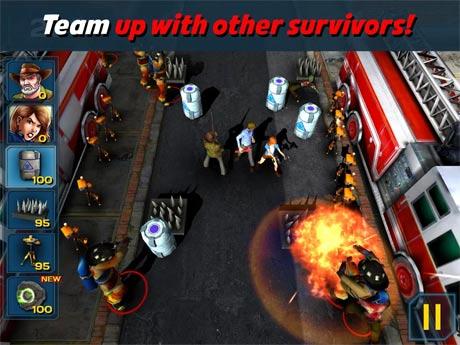 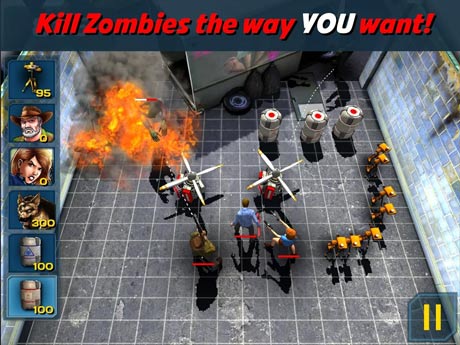 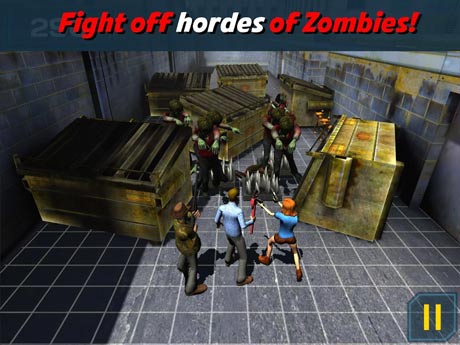