If the world as you knew it was destroyed, how far would you go to get it back?

The Cylons have returned to the Twelve Colonies after a forty-year absence. Bent on revenge, they unleash nuclear weapons powerful enough to destroy human civilization… and nearly succeed. The only survivors of the Cylon assault are a ragtag fleet of civilian ships and the last remaining Colonial Battlestar: Galactica.

As Commander of Galactica, you must lead the civilian fleet through uncharted space in search of a new home, while defending it from relentless Cylon attacks. These machines never sleep; letting your guard down for even a moment will cause not only your downfall, but also that of the entire human race.

In Battlestar Galactica: Squadrons™, you will:

– BATTLE waves of Cylons intent on your destruction.
– CONSTRUCT a wide variety of Colonial combat ships from blueprints found on Galactica.
– TRANSFORM your ships into high-performance fighting machines with scavenged technology.
– ESCAPE an overwhelming Cylon onslaught by executing a faster-than-light JUMP!
– DEFEND the civilian population that depends on you for protection.
– And above all, SURVIVE long enough to continue the search for planet Earth, humanity’s new home.

Please note, Battlestar Galactica: Squadrons™ is completely free to play but offers some game items for purchase with real money. If you choose not to use this feature, you can disable in-app purchases in your device’s settings. 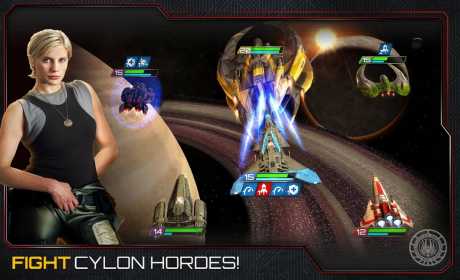 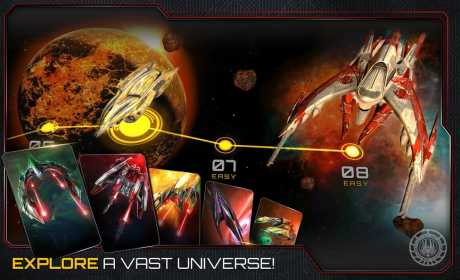 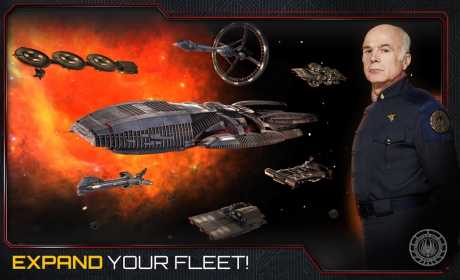