Battle Prime is a fast-paced third-person multiplayer shooter with console-level graphics on your mobile device. This tactical battle simulator is focused on superpowerful heroes with unique abilities, formidable arsenal, and high-adrenaline action.
The next-generation war simulation has already started — it’s time to join the fight! Strike first, kill your enemies, survive, grab rewards, and show everyone who’s the coolest Prime among the ranks!

Dive into the battle simulation, picking one of the Prime Agents — ultimate fighters with unique abilities and playstyles. Equip a large-caliber gun and unleash a massive fire force, dealing devastating damage, or counterplay with a flash speed, killing opponents with a blink of an eye: choose the hero you like the most, enter the battleground, attack, shoot and enjoy your triumph in memorable, spectacular games!

The fast-paced team-based online battles are waiting for you! Team up with your friends in squads and stand shoulder to shoulder against common enemies, combining Prime Agents in strategic ways to become an unstoppable force! And freedom to shift between Prime agents at respawns allows you to change tactics on the fly, counter-attack, and win!

Every victory gets you closer not only to the title of the coolest Prime Agent but also to new rewards… lots of new rewards! Prove yourself in battles and complete Battle Pass missions during seasons to win some exclusive rewards, featuring new Prime Agents and new shooting weapons!

The awe-inspiring power of the Blitz Engine provides photo-realistic graphics, detailed heroes, weapons, and maps on top devices. It delivers the highest standard of immersion in the striking world of Battle Prime! 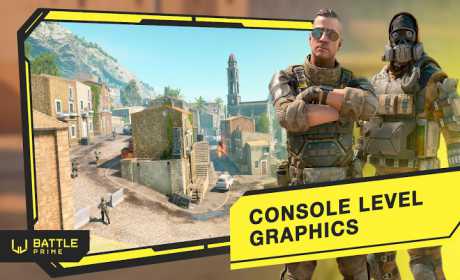 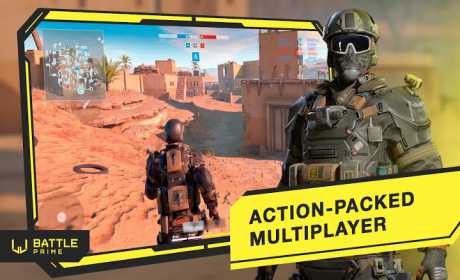 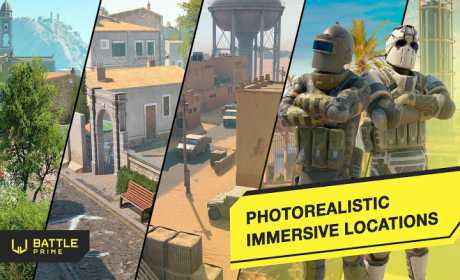