Move your fast ship through turbulent waters and sink enemy ships. Be the best captain in the world of this game for Android

Face off against real opponents and own the waves in real-time team battles – it’s sink or win.

A real-time multiplayer battle arena in your pocket. Choose a ship, slap some guns on it and take to the tides with your fleet of teammates to trounce live opponents in five-on-five contests of seafaring strategy and firepower.

Mobile MOBA
The thrilling competition of a team battle arena right on your mobile device. Join a fleet of allies and take on competitors the world over in bite-sized battles among the rolling waves – all while you wait for the bus.

Choose A Ship
Choose between different classes of ships, each with their own speciality – the Enforcer packs a powerful offensive punch, the Defender is a nearly indestructible floating tank, the Shooter can equip more weapons than you will ever need, the Speeder is… speedy, and the Fixer keeps your teammates floating. Level up your ships for more healing, defense, speed, and firepower!

Weapons, Armor, Items, Abilities
Cannons, torpedoes, grenades – Collect, fuse and modify items to almost infinite variations. Choose from an arsenal of destructive or defensive items to fit your fighting style. Whatever it takes to keep you and your team stay afloat.

Get Strategic
Attack your enemies with a full on offensive assault, or play defense and capture the point. With different classes of ships to choose – each with their own unique abilities, and a motherload of weapons, armor, items, and perks, there is plenty of room for a wide range of battle strategies.

Join a Guild
Team up with your friends in a guild and chat with your guildmates while you send your opponents to the depths. Guild leaderboards pit your crew against other bands of blast-happy captains. Who will rise to the top?

This game may include:
– Direct links to social networking websites that are intended for an audience over the age of 13.
– Direct links to the internet that can take players away from the game with the potential to browse any web page.
– Advertising of Rovio products and also products from select partners.
– The option to make in-app purchases. The bill payer should always be consulted beforehand.
– This application may require internet connectivity and subsequent data transfer charges may apply. After the initial download, additional content will be downloaded and this may include data charges. 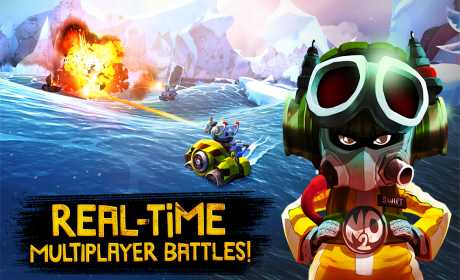 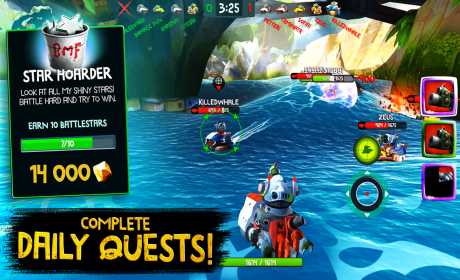 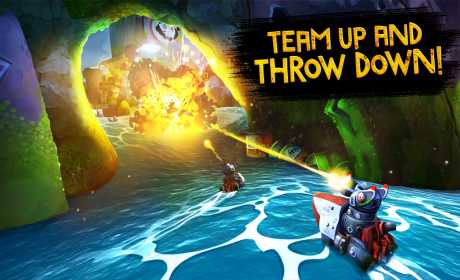