Unite to fight! Join a guild, battle and experience the most immersive and large-scale MMORPG battles ever seen on a phone.

Introducing AxE: Alliance vs Empire, a massive and innovative MMORPG set in a mysterious, fantasy open-world. Enter the epic conflict between two powerful factions as they fight to control the fate of the world.

Play online fantasy games with your friends and millions of players worldwide, using single player, co-op and competitive modes inspired by the best MMOs and open-world games on PC and console.

With a rich fantasy story, a comprehensive set of features, and a living open-world, AxE offers one of the most fully realized game worlds on mobile. Join players on the newly launched server!

FANTASY RPG STORY AND CHARACTERS
– Enter a fantasy world and the epic conflict between the Darkhaan Empire and the Galanos Alliance.
– Battle for control of rare and powerful relics to unlock the power of the universe.
– Choose your path, with different missions and settings based on the decisions you make.
– Encounter unforgettable friends and foes along the way.

OPEN WORLD RPG
– Explore an open world, filled with diverse locations, characters, quests, missions and loot, all filled with rich narrative and history.
– Explore 22 unique areas, from the deserted plains of Lakeside Base to the inner sanctums of Venyon Island.

LEVEL UP & CHARACTER CUSTOMIZATION
– Choose from six different and highly customizable character classes from the two factions.
– Customize and upgrade your weapons, armor, abilities and more to match your play style and defeat your opponents.
– Level up and apply your signature style to your character with unique skills and abilities.
– Take your character’s power to the next level by earning and enhancing your Wings
– Collect rare pets to further boost your combat strength

Enter a fantasy MMORPG with massive PvP battles and fight for control in AxE. Download now!

SUPPORT & COMMUNITY
Are you having a problem? Contact our 1:1 support in-game or send us an inquiry at [email protected]

APP PERMISSIONS INFORMATION
In order to provide the below services, we are requesting certain permissions:

[Permission Management]
– Android 6.0 or higher – Settings > Applications > Select App > Permissions
– Under Android 6.0 – Update OS version to retract permissions; Uninstall app
※ If the app does not request consent for the permission, you can manage the permission by the above steps.
※ This app offers in-app purchases. You can disable this feature by adjusting your device settings. 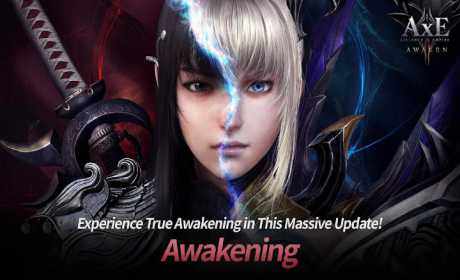 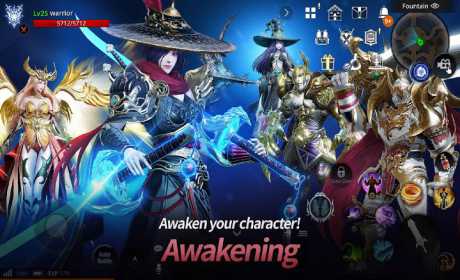 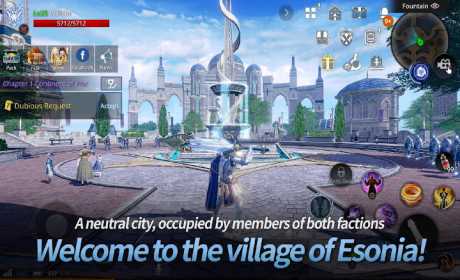