APUS-Small,Fast,Android Boost is a personalization app for android.

APUS Launcher is a launcher, that helps you keep your applications in a tidy way.

Installed on over 50 million devices in over 235 countries,APUS is the smallest, fastest, and simplest user system on the market. More than just a launcher that puts your favorite apps at your fingertips, APUS boosts speed and battery life of your phone, while making the using experience as seamless and smooth as iOS.
Recent Update:
● Brand NEW APUS Radar: Like a real radar, discover popular apps nearby. More fun is waiting for you;
● Mobile Search: Searching everything right on your home screen;
● Updated UI for APUS Wallpaper: New interface, HD wallpapers that can be used for both home and lock screens;
The APUS user system comes complete with its own set of APUS features that include:

► Automatic Classification for Apps – automatically put your Clash of Clans and Candy Crush Saga into Game folder, your Instagram and Snapchat into Social folder.
► Prior Apps – Put Facebook, Twitter and other apps you may use mostly on your first screen, just 1-Tap away.
► Enhanced App Market: Introduces a new layout for accessing the App Market to browse, discover, and download apps.
► APUS Notification – You will never miss important messages from your friends and family, available for Call, SMS ,Whatsapp and Gmail.
► APUS Boost – Speed up your games and apps, clean-up memory (RAM) and boost your device. APUS Boost works directly from your home screen.
► Notification Toolbar – Provide instant switch such as Flashlight, mobile data and Wi-Fi. Sustain high speed for you.
► Techcrunch: Saving as much as 80% of a device’s memory when it runs — thanks to its size, it takes up less than 2MB of memory, [APUS gives] more juice and that’s always appreciated, particularly by those with lower-end phones. http://tinyurl.com/l57lwuz”>Full story
► Business Insider: [APUS Launcher is a] beautiful launcher that organizes your apps into various folders, such as Communication, News & Books, and Media, among other categories. It’s light and slick, and adds a bit of personality to your Android phone. http://tinyurl.com/q26bpxw”>Full story
► CNET: Apus is dedicated to building the smallest, fastest, simplest user system for Android it can. http://tinyurl.com/lbumdpx”>Full story
► “I used almost all launchers they are not as fast as this. This is best launcher because it is too small in size it has all things in small size its fast. Download it if you want a small sized and most efficient launcher. Plus if you have a low end phone then it is made for you.”
► “I love it!! such a snappy fast fluid launcher…but I hope it will have upgrades to other features.. anyway its the best for me over nova, go, dodol, apex, smart, others.”
► “The launcher in my dreams! It’s fast and useful. How can it be so small? If you want to know, try installing APUS. It’ll worth it.” 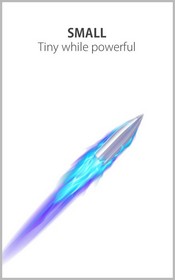 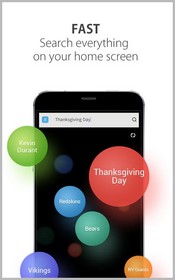 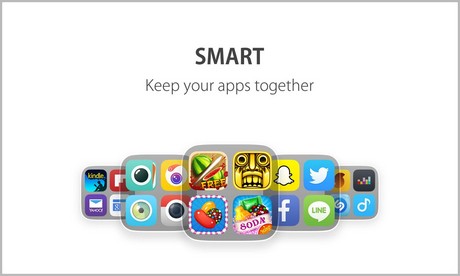 So far as a small startup, APUS Launcher has ranked No.1 in 30 countries and ranked top 5 in over 50 countries under Personalization Category in Google Play.