AnTuTu benchmark is the most popular Android smartphone and tablet benchmarking app in the world!.
☆ Over 100,000,000 users
☆ Benchmark app used during Google I/O 2014
☆ No.1 benchmark app, used as an industry standard by leading technology companies and hardware review sites.
With the Click and Go test suite, Antutu will comprehensively test all aspects of a device, including UX, GPU, RAM, CPU, I/O and more. Each item is individually assessed and given a score. These scores can be uploaded to the Antutu database, and then used to rank your device among all other Android devices.
New feature in V6.0:
1. New designed 3D Testing Scene.
2. Add new UX testing items and increase UX testing proportion
3. New CPU Testing Added
4. New Score Proportion
5. Cross-platform
Get your Antutu benchmark score and ranking! Compare and share with your friends!

The Antutu benchmark score of your device is mainly defined by your hardware configuration, but can also be influenced by other elements, including system mode, current device temperature, running apps and more. The score may be vary slightly every time you test. 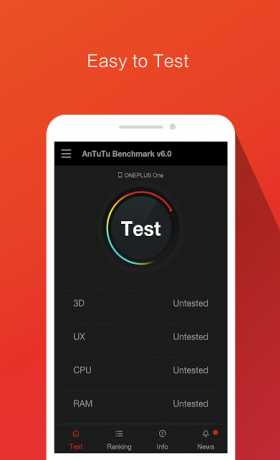 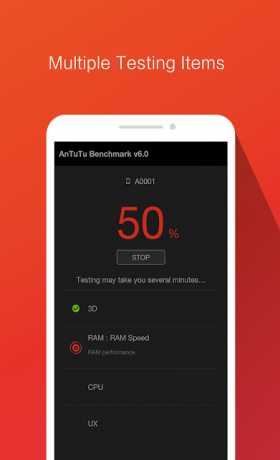 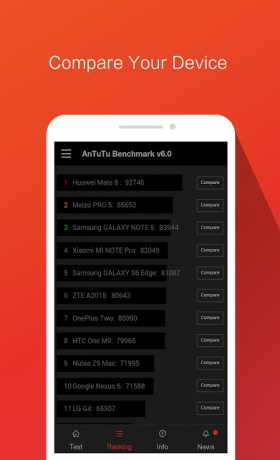