The land of the Angry Birds and their piggy nemeses has never been a peaceful one – their legendarily bitter feud carrying on for generations, while the human newcomers were happy to capitalize on their bickering. However, when egg-stealing dragons and mysterious dark forces toss their world into chaos, it is up to the strongest Heroes of all factions to band together and defeat the threat – before it is too late!

Assemble an unstoppable team of heroes from all races to take down the evil forces that are threatening life as they know it! Collect a huge roster of Angry Birds characters and new faces as well. Earn treasures and level up your Heroes to make your team even more powerful. Get your team ready, restore peace, and save the planet!

–ASSEMBLE YOUR TEAM OF HEROES. Recruit Angry Birds, pigs and humans to form powerful squads and outsmart your foes.
– EVOLVE YOUR HEROES. Ascend your heroes and upgrade their abilities as you play to become stronger than ever before.
– NEW STRATEGIC COMBAT SYSTEM. Pick teammates with complementary abilities, choose the right team for every battle, and decide which skills to unleash or merge during the mayhem. Merging abilities during combat will increase their power or let you cast an ultimate ability!
– PARTICIPATE IN EVENTS. Build and power up specific teams to win epic and legendary heroes in limited-time hero recruitment events.

For fans of turn-based RPGs or fantasy adventure, Angry Birds Legends delivers tons of characters to collect, unique hero classes to master, and a variety of campaigns to battle through!

The game is currently in Beta and we are extremely happy and thankful to receive all of your feedback regarding how the game feels, what you enjoy most and what you struggle with. 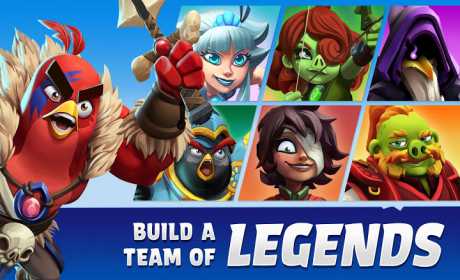 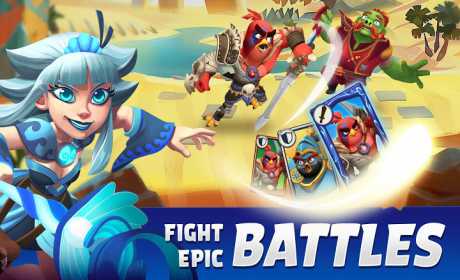 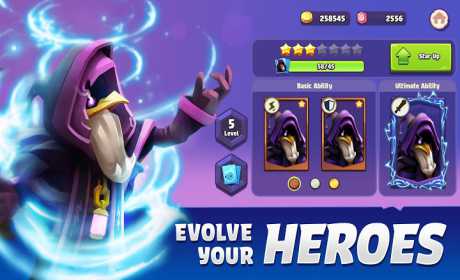