Get ready for a showdown in Angry Birds Fight! – a match-3 frenzy where you take on other players in real-time battles of strategic, bird swapping agility! Join your favorite flock on a journey to match tons of addictive feathery puzzles!

GET READY TO RUMBLE
Play against friends (and foes) in real-time matches. Race against the clock to match as many panels as possible to power up your bird for the fight! GRRRR!

ARM YOURSELF
Equip your birds with wacky weapons and questionable armor to give them more health, attack power and also some special skills to give you the edge. It’s fight or flight!

SET SAIL AND FIGHT
Explore uncharted islands packed with challengers – then knock ‘em out in a match-three frenzy! Win to unlock more birds, weapons and other items. Just look out for the Monster Pigs…

CHALLENGE other players globally in real-time match-three puzzles
POWER UP birds for the fight by matching faster and better than your opponent
MATCH 4 to activate special powers, MATCH 5 to start FEVER TIME!
WIN fights to gain XP, win items and customize your flock and your ship
ACCESSORIZE with different items to increase health, attack and add skills
EARN bird coins in fights to buy more weapons and accessories in the shop
PLAY the lucky slots to unlock more items – go on, give it a spin! 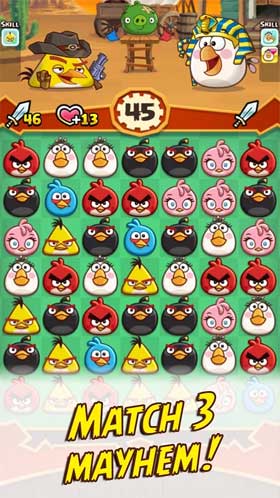 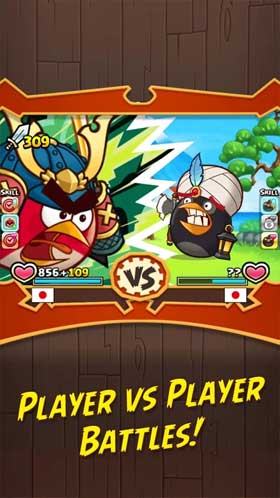 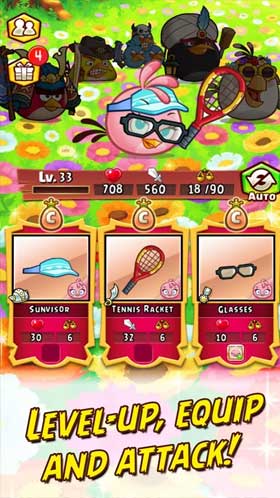