SNIDE Industries are experimenting with the physics of Dark Energy and Dark Matter. Unfortunately something goes wrong in the lab and an explosion causes some Dark Matter to mix with some genetic material! This causes an explosive reaction and the Amorphs are born! Now they must escape SNIDE Industries before it’s too late! Will you be able to help them solve the puzzles and escape?

* Boing is the leader of the Amorphs and is super bouncy splitting into 4 bouncing balls to get to hard to reach places.

* Boom always has a frown and an explosive temperament to match blowing up objects that are in the way.

* The coolest of the gang. Chilly can freeze objects to make them slide all over the place.

* Indie is the toughest of them all. Having an indestructible shield means Indie can withstand fire, electricity and acid!

* Grav is the crazy one! I guess creating Black Holes and White Holes can do that too you!

Features
———–
140 mind bending puzzles for you to solve.
7 Different Zones – each with a different physics mechanic.
7 Bosses at the end of each zone to defeat in a none violent way!
Score system based on time – how fast can you complete each puzzle? 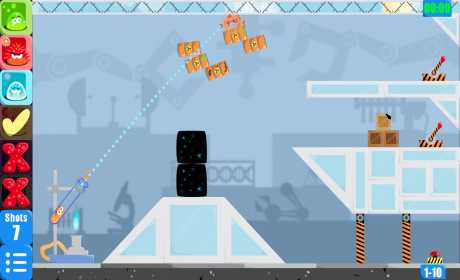 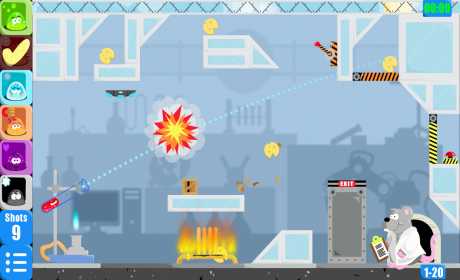 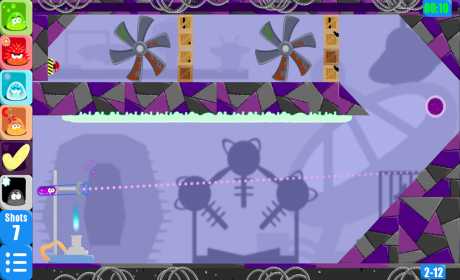