You are in the command of the Confederate armies during the American Civil War. The object of the game is to conquer the Union or at least hold on to as much area as possible until the year 1866. To have a chance to seize the top spot in the Hall of Fame you need to skillfully encircle scores of Union units, while trying to deal with the meager Confederate resources.

+ Competitive: Measure your skills against others fighting for the Hall of Fame top spots.

+ Long-lasting: Thanks to in-built variation and the game’s smart AI technology, each game provides a unique war gaming experience. 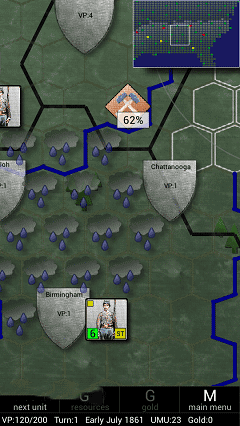 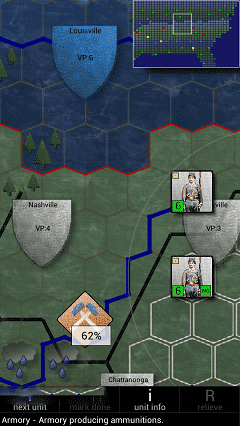 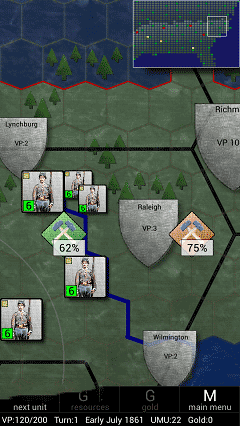