The all-time favorite Age of Empires real-time strategy series with over 20 million copies sold worldwide can now be played on your smartphone. DOMINATE the WORLD in this next generation mobile Real Time Strategy game!

Engage in real-time battles with legendary heroes
Choose from the many Civilizations of the world and relive epic battles from history
Recreate history by creating and evolving your very own Empire!

…all with simple, intutive gameplay optimized just for mobile!

FEATURES
･A Revolutionary Real-Time Battle System
– Manage your battle resources, deploy your troops and wage war with your opponents on the battlefield – all in real-time!
– Adapt to the tide of battle and respond to your enemies in kind with the best tactics
– Explore the map and lay waste to your enemies hidden in the fog-of-war

･ Your Empire, Your Legend
– Limitless Empire Customization, create your own empire with structures from history’s greatest civilizations.
– Choose your own progress with fan-favorite Technology Trees available with every empire!
– Recreate historical empires by mastering all technologies of a single empire or…
– Grow your original empire and create the finest army from selection of the world’s greatest civilizations!

Dominate the World with HEROES from the Greatest Empires
– With over 100 legendary heroes to choose from, let your heroes take charge
– Heroes include: Joan of Arc, King Arthur, Oda Nobunaga, Cao Cao, Knut the Great and more!
– Team up your heroes with distinct troop types to create the ultimate battle unit!

･ Power of the World is Within Your Grasp
– Manage your empire and deploy advanced tactics in battle with simple & intuitive touch gestures.
– Tap, drag, swipe your way to victory!
– Become a pro by starting with simple guide missions!
– Rule the world effortlessly by enabling AUTO mode and letting the A.I. fight your way to the top

The next generation mobile RTS game is here!
Age of Empires: World Domination!

Conquer the world, build your civilization, command your army.

Create…
~Your Empire, Your Legend~

Age of Empires: World Domination is not supported on rooted devices.
This game can be played for free with options for in-app purchases. If you are a minor, please make sure to get permission from your parents or guardian before making any in-app purchases.
Even though it may be difficult to step away from our awesome game, we recommend taking occasional breaks. 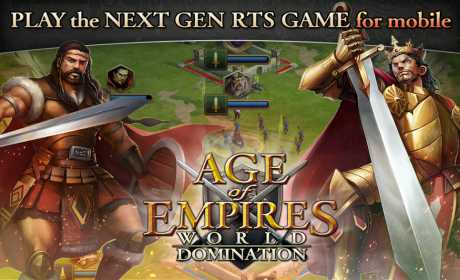 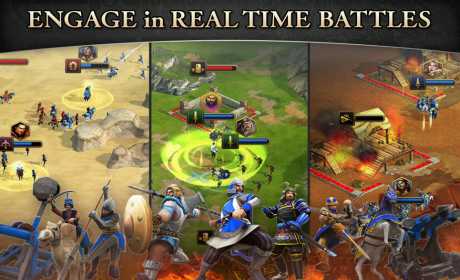 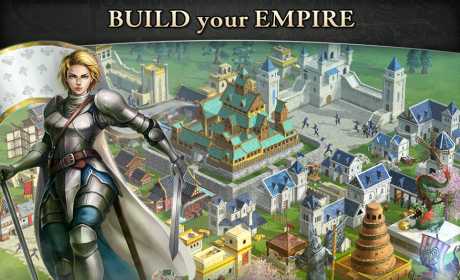