In the Christmas Eve of 2027, a new virus spreads the world and turns 90% of human population to zombies in less than 3 days. The entire civilization is at stake. To fight for the survival of human race, our heroes take their weapons and go on the missions to hunt down zombies.

Action of Mayday: Last Stand is a First Person Shooter game brought to you by the team behind the popular Action of Mayday FPS games. The game takes you to the multiple scenes like ruins of the city, discarded hospital, deserted military base where you engage the flight with zombies with close combat actions or sniper missions.
Console-quality AAA 3D Graphics

We have crafted the most beautiful next-generation game themes in order for you to be fully immersed. The heroes and zombies are well designed with their own appearance and characters.

• The in-game camera is designed in the First Person Shooter view. You can take a squad mate to complete a mission. There are many different types of enemies with different skills and abilities to make the missions interesting and challenging.

• You can also collect Armors to make your character look cooler and have more power.

• There are 80 normal stages plus 80 elite stages in addition to 8 Dungeon stages for you to explore. You can play different mission types such as Sniper, Raid, Defense, and Support.

• In Additional Weapon trial mode, you can try new weapon and earn big reward every day.

Many Cool Weapons to Collect and Upgrade

• Collect and upgrade/advance over 30 world-famous weapons including assault rifles, shot guns, sniper rifles such as AK-47, M16, Frostwolf, and RPD as well as our own designed Sci-Fi guns.

• You can upgrade a weapon to increase its power and also collect weapon soul stones to advance weapons for a much bigger power boost.

• We have created a unique Trophy system.

• A global Leaderboard is integrated with Google Play Game Services. 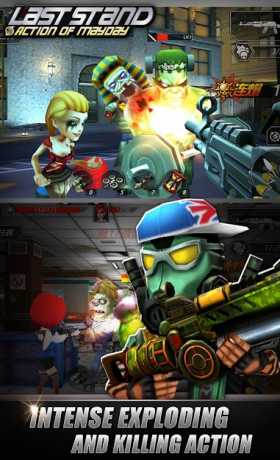 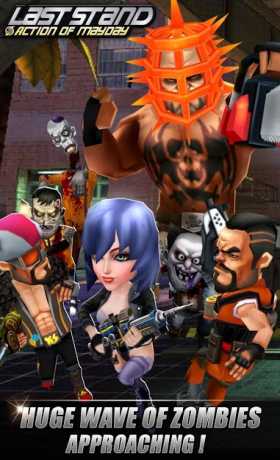 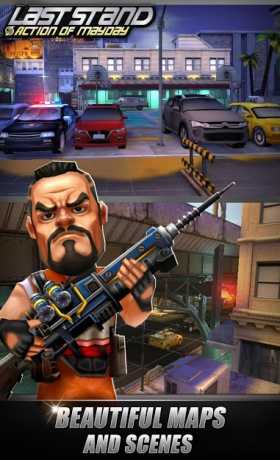