Action Launcher 3 is a Personalization app for android 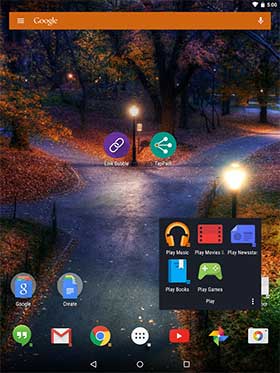 Looking for a more powerful and flexible launcher that oozes Material Design? Action Launcher 3 to the rescue! Action Launcher 3 replaces your homescreen with a colorful, customizable and speedy app you’ll quickly learn to love. Try it out for free! 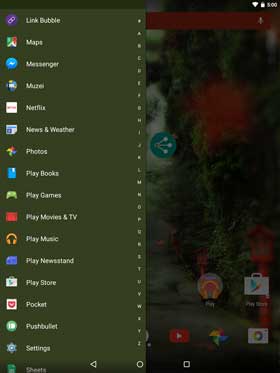 Standout features include:
• Quicktheme: marvel as the colors from your wallpaper are used to automatically customize and theme items on your home screen!
• Quickbar: customize the Google search bar at the top of the screen with shortcuts and apps of your choosing.
• Covers: an innovative take on traditional folders. Tapping a Cover loads an app, swiping a Cover opens a hidden folder which you have customized.
• Shutters: swipe a shortcut to reveal an app’s widget. Allows you to say preview your inbox or Facebook feed without opening the app.
• Quickdrawer: An A to Z list of all your apps. Of course you can hide apps you don’t want to see all the time also.
• Use icon packs, scale icons, change app icons, rename apps and much more.
• Full phone, phablet and tablet support. 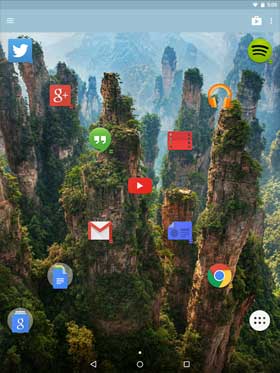 Action Launcher 3 allows you to import from your existing layout from other launchers such as Apex, Nova, Google Now Launcher, HTC Sense, Samsung/Galaxy TouchWiz and the stock Android launcher, so you’ll instantly feel right at home.

Note: Some features require the Plus in-app upgrade.